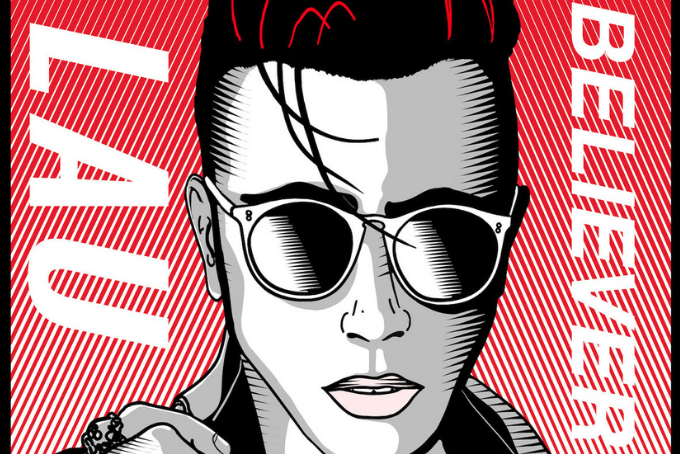 Argentine synthwave singer-songwriter LAU(a.k.a. Laura Fares) released her debut album February 12, titled Believer. The album comes as no surprise to loyal fans of the scene as LAU has been a stalwart for years, songwriting and playing as a session musician for multiple well-known artists. Believer is about moving on and getting back up after a low period.

In a press release, LAU said of the album, “The whole album talks about everything I went through last year, breaking up after nine years… the disappointments, the lies, the heartache, the sadness, that sense of being completely lost and having to find yourself again. Deep inside, I always knew I was a songwriter. My career as a session drummer and DJ/producer took me to different places and ended up working with different artists. Now I think it’s time for me to truly and openly express who I am, what I’m going through and what I have to say. I hope some people will connect with that.”

Opening on a high note, LAU kicks things off with “Stunning,” which is filled with sonic vibes, setting a precedent for a high-energy endeavor. She sings of her ex and how things fell apart, eventually causing her to break things off. Heartbreak is the common theme through the 10 track, 36-minute journey, as she reflects on her past while looking forward with hope and positivity. Smooth rolls from verse to chorus throughout, lyrically lending a sympathetic ear to people who experience romantic fallout in the 21st century. Remaining vulnerable throughout, LAU strikes a solid balance between being uplifting while respecting the grieving process she experienced.

LAU released five promotional singles for Believer, garnering over 150,000 streams across them — good for an average of 30,000 streams per song.