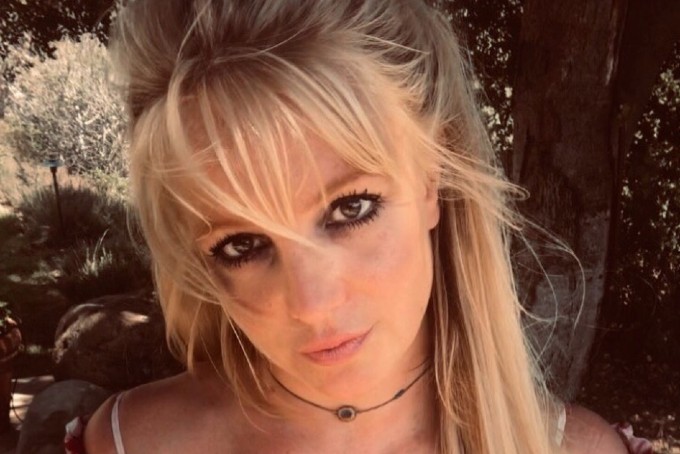 Britney Spears is reportedly working on a new documentary about her life.

According to The New York Post‘s Page Six column, the pop starlet is “currently working on her own documentary about her life – said in her own words – with a top female filmmaker.”

This news comes hot off the heels of The New York Times‘ documentary, Framing Britney Spears, which was released last weekend on FX and on the Hulu streaming platform with FX on Hulu. The documentary received a ton of online buzz and reignited the #FreeBritneySpears movement; the movement, which was sparked by fans as a result of the ongoing conservatorship battle between Spears and her father, Jamie, was also highlighted in the documentary. The main focus of the documentary was to delve deeper into Spears’ rise to fame, her “downfall” in 2007, and how that led to her being in an unwanted conservatorship with her father serving as her conservator, for more than a decade and still to this day.

The “…Baby One More Time” singer was not interviewed for the documentary despite multiple producers attempting to reach out to her. A statement at the end of the film said that producers attempted to contact her multiple times, but they were never sure if she received those messages.

After the premiere of the documentary, Spears’ boyfriend, Sam Asghari, said he would “continue to support her following her dreams” and later posted an Instagram story in which he called her father, Jamie Spears, “a total dick.”

The “Womanizer” singer recently posted to Instagram to seemingly share her side of the story, writing, “I’ll always love being on stage … but I am taking the time to learn and be a normal person … I love simply enjoying the basics of every day life !!!! Each person has their story and their take on other people’s stories !!!! We all have so many different bright beautiful lives !!! Remember, no matter what we think we know about a person’s life it is nothing compared to the actual person living behind the lens !!!!”

Some great news took place after the airing of the documentary. A judge ruled on February 11 that Jamie Spears will not have the right to delegate investment powers for the multi-million dollar estate. A third-party firm, Bessemer Trust, co-controls the estate with him.

Another hearing regarding the conservatorship will take place on March 17.