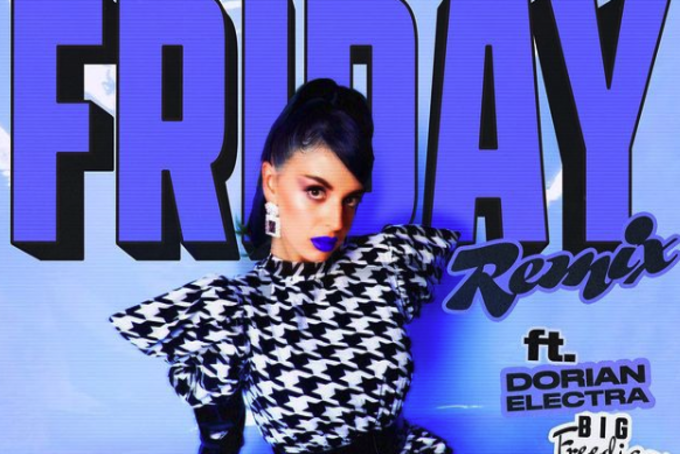 The remix is genius in many ways, the main reason being its self-awareness and the way Rebecca embraces the cringe. It couldn’t have been easy, considering the ridicule Rebecca endured for years following the release of the original song. A decade later, she’s not shying away from putting out more original music, most recently dropping her newest single “Girlfriend.” Dropping this revamped “Friday” remix is a great way for Rebecca to own her past, have fun with it, and show a more experimental sound that those revisiting the track might not expect.

Big Freedia starts the track, introducing the artists included in the collaboration. Her playful, high energy sets the tone perfectly. Instead of having a “hey haters, I can actually sing!” moment, Rebecca’s vocals are distorted, which works perfectly with the hyperpop production from Dylan and brings a fun “I don’t need your approval” attitude to the project. Besides the verses from her collaborators, the lyrics are identical to the original.

Dorian Electra takes the second verse, adding to the experimental nature of the remix. Dorian and Rebecca have collaborated in the past, so their appearance on the track works well and brings a current energy to the original dated track. During the bridge, electronic group 3OH!3, makes their entrance, bringing in the 2000s vibe and delivering a much appreciated full circle moment.

Rebecca and her collaborators also filmed a music video for the remix that matches the absurdity and campiness of the project as a whole. The green screens, over the top outfits, and crazy visuals are truly a testament to revisiting a playful 2011 viral moment during an unprecedented pandemic.

Overall, this remix is something we didn’t know we needed but now can’t imagine living without. It ties in Rebecca’s current artistic state with a past version of herself that she’s come to accept. For a “Friday” remx, it was genius to bring in collaborators that represent modern music as well as a band like 3OH!3 that is so representative of the era of its original release. It was a great way to celebrate the last decade, which was undoubtedly challenging for Rebecca during the initial aftermath of “Friday.” What’s important is that she took the experience and made it into a wonderful music career, we can’t wait to hear what she has in store next!