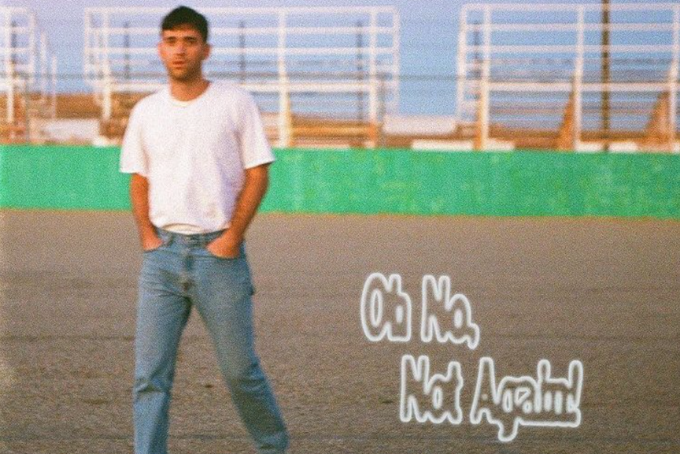 Alexander Glantz is taking no prisoners, slowly cementing his place as one of pop music’s most dedicated newcomers. The Chicago native, known best as Alexander 23, has been on a roll since 2019 and is showing no signs of stopping with the release of his sophomore EP, Oh No, Not Again! As expected, the newfound king of sad pop songs pulls no punches and gives us all the feels we can possibly imagine.

MY NEW EP “OH NO, NOT AGAIN!” OUT FEBRUARY 19TH AND SO I’M TELLING TWITTER ABOUT IT RIGHT NOW pic.twitter.com/708U11SHoC

Alexander has been on our radars since day one with his charming first single, “Dirty AF1s.” He has since racked up nearly half a billion streams thanks to viral TikTok trends and a consistent online presence. With Oh No, Not Again!, the singer-songwriter condenses his most recent hits into a cohesive nine-track album. Nearly every song had previously been released as a promotional single — all but “Come Here and Leave Me Alone,” “It’s Good To See You Again!” and “She Loves Me.” “Track 9” had been teased on an Instagram Live session, during which Alexander played it for fans as a then-unreleased song.

Though over half of the EP has been on streaming services for months, fans can now listen to the entire collection of music in one place. Each song dives deep into relatable emotions, with love and insecurities being major recurring themes. “Track 9” is a particularly personal one for Alexander and he claims that it’s the most meaningful song on the EP. “I’m breaking the fourth wall and addressing the person directly,” he states. “It says, ‘Don’t listen to this and mistake that everything meant nothing to me, because that couldn’t be farther from the truth.’ It’s a strange and contorted love letter of sorts. I found myself in this cycle of relationships where I made the same mistakes over and over again. The project is one full cycle.”

With each track being more gripping than the last, Oh No, Not Again proves that Alexander 23 is here to stay. The three new songs on the EP are right at home with the six others that fans have become familiar with over the last few months. It’s a ride of genuine emotions, both heartwarming and heartbreaking, that you can cycle through on both your best and worst days.