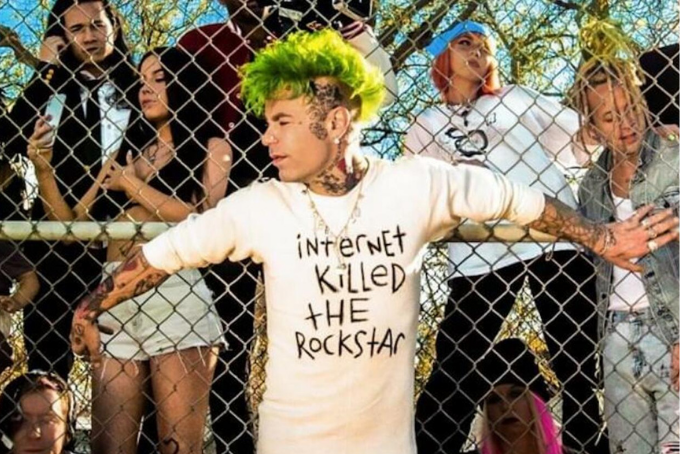 Mod Sun dropped his highly anticipated fourth studio album, Internet Killed The Rockstar, last week. Produced by John Feldmann, the record is a modern and refreshing take on pop-punk. Although it feels like a major 180 from his previous albums, it doesn’t come as much of a surprise. Mod Sun (born as Derek Smith) got his start in the pop-punk and post-hardcore scene, drumming for bands such as Four Letter Lie and Scary Kids Scaring Kids. The record feels like him going back to his roots, while still retaining the upbeat vibe and subtle hip-hop influences that he is known for in his previous releases.

The album starts off strong with “Karma,” which was also the lead single for the album. This is the kind of track you’ll want to scream out the window while cruising down the highway. It really sets the tone for the entire album. The next track, “Bones,” is a perfect blend of his familiar hip-hop sound and his new pop-punk sound. This track is followed by the emotional “Flames,” which is a collaboration with the iconic Avril Lavigne — a treat for Mod Sun and Lavigne fans alike.

The album continues on in this same vein, with more heavy hitters like “Betterman,” “Annoying” and “TwentyNUMB.” Lyrically, the album is an introspective trip into Mod Sun’s mind. Unapologetically coming for fake friends, reminiscing on lost love and getting vulnerable about the trials and tribulations of living in the age of the internet are common themes throughout the record.

Overall, the record is definitely worth a listen (or 10). “I wanted to create music that would get better every time u hear it…..there’s really no formula for doing this, it’s all about magic….” he wrote of the album on Twitter. It is easy to compare this release to his friend and collaborator Machine Gun Kelly’s Tickets To My Downfall due to it being another “rapper-turned-rocker” moment, but it is clear that this record is still very much Mod Sun. He never abandons his upbeat, carefree sound that we’re all used to, but instead puts a pop-punk twist on it that still feels raw, authentic and nostalgic.