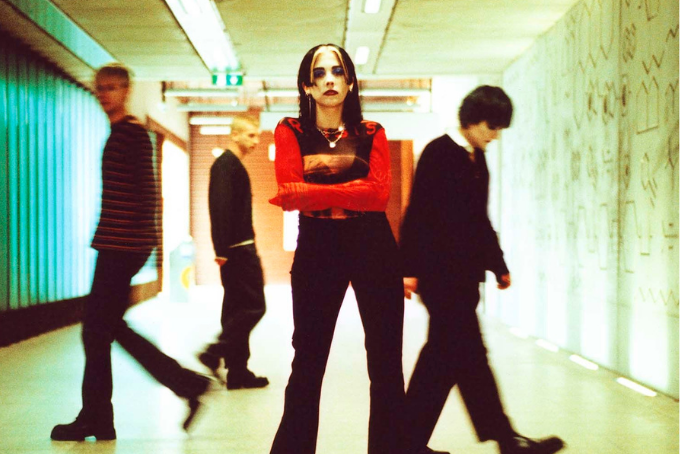 Three years after their debut album, My Mind Makes Noises, Pale Waves are back with their second album titled Who Am I?. The new record was a long time in the making and is finally here for us to dive into. If it wasn’t clear from the title, Who Am I? is all about self-discovery. With themes surrounding relationships, mental health, sexuality and society, the band gets much more personal on this record.

With 11 tracks, the album opens up with “Change,” a song that expresses the feeling of being frustrated with someone who can’t change their toxic ways. Moving on, we meet “Fall to Pieces” in which lead singer Heather Baron-Gracie opens about her mental health while being in a relationship. Baron-Gracie gets more real with “She’s My Religion,” the first song addressing her sexuality.

Additionally, the album includes uplifting and fun songs like “Easy,” a feel-good track about being in love and how easy it is when it’s right. Songs like “Tomorrow” remind those that are listening that even if things seem to be going poorly, “there’s always tomorrow to get you by.” One of the most powerful and impactful songs on the album has to be “You Don’t Own Me.” The song acts as a female empowerment anthem describing how it feels to be a woman in today’s world. Baron-Gracie sings to those trying to control her, stating, “You don’t own me // And I’ll do whatever I want to // ‘Cos I’m a psycho // But that’s fine though // So you better get out of my way.”

The album closes out with the emotional title track “Who Am I?” This song ties the whole album together, encapsulating all of the emotions and themes expressed through the other 10 tracks. With sounds reminiscent of early 2000s pop-rock, this album feels nostalgic while its messages resonate with many young people today. Pale Waves latest record, Who Am I?, is available on all streaming platforms now and is definitely worth checking out!