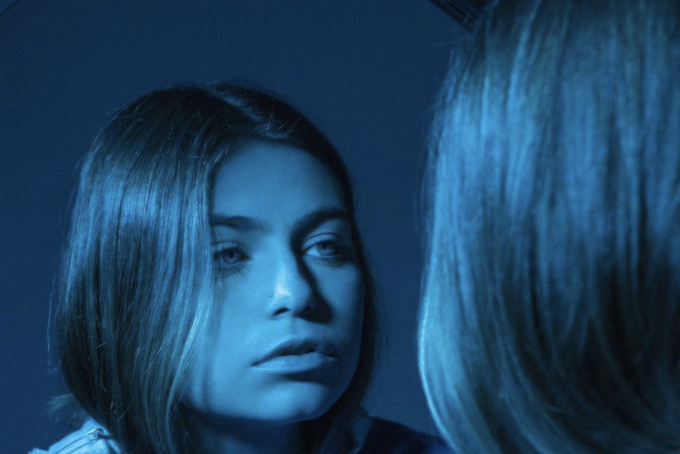 After gaining attention for the demo on Tik Tok earlier this year, rising pop star OSTON has released the long awaited single, “Lie About You.” The track will resonate with anyone who has experienced a toxic relationship, whether it be platonic or romantic. Although “Lie About You” touches on past negative experiences, it’s ultimately a track about overcoming fear and finding strength in yourself.

Tik Tok is transforming the music industry in so many ways and for OSTON, it gave her the push to release such a vulnerable piece of art. After posting the “Lie About You” demo on a whim, the unexpected response pushed the singer-songwriter to release the track as an official single. The comments flooded with people praising the song, sharing their own stories with harmful relationships and telling OSTON how empowering the snippet felt. For an artist who’s on a newfound journey of self-discovery, it only felt right to put the song out in order to connect with listeners who have experienced the painful situation it discusses.

“Lie About You” starts with OSTON recalling a specific moment where it was clear that the person she had been making excuses for was ultimately harmful. The memory is written in a genius way, clearly meaning more than what’s at the surface. She highlights specific senses, like the bitter taste of black coffee and an overwhelmingly loud TV with a battery-less remote. Starting the track with OSTON’s standout vocals on top of a dramatic piano evokes a deep melancholy feeling that slowly fades away throughout the track, as the confidence builds.

The pre-chorus is a standout moment, with gorgeous harmonies and catchy lyrics describing the breaking point of denying that someone is bad for you. She sings, “And if your friends all see it, your boyfriend sees it // Even your momma sees it, maybe you should believe it // And I ain’t got no reason to be mistreated at all,” describing the much needed moment of clarity and acceptance that anyone who has ended a manipulative relationship will recognize. Another impressive and clever lyric comes in during the second verse, when she sings “Should’ve seen that all the flags were red // But in your defense I went and painted them white.”

The track builds and builds until the bridge, where OSTON’s vocals are isolated, only accompanied by a faint piano. She talks about the aftermath of ending a harmful relationship, of relearning how to love yourself and gaining your confidence back. This extremely vulnerable moment is emphasized by the way it blends into the final chorus. It’s a triumphant release in the track, when the full production comes back stronger than before and OSTON’s vocals feel the most fearless.

Starting off 2021 on a high note would be an understatement for OSTON, from not only releasing an incredible song after praise from thousands of fans on Tik Tok, but inspiring others by not letting fear stop her from being vulnerable. “Lie About You” is an ode to strength and self-love, something anyone can relate to or feel empowered by. After such an incredible release, we can’t wait to see what else OSTON has in store this year!