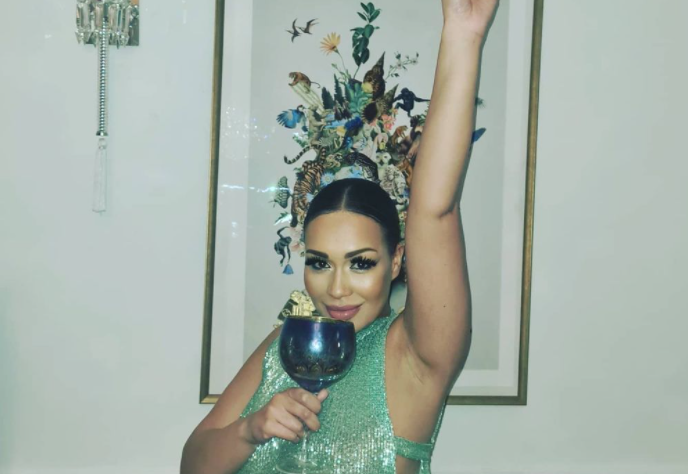 In an X Factor season full of big personalities like Cher Lloyd and the little known band called One Direction, you would believe it would be hard to stand out. But with her haunting, soulful voice, Rebecca Ferguson stood out plenty. In the decade since she finished second on The X Factor, Ferguson has quietly but determinedly carved out her corner of British pop music. Starting with soft, easy-listening R&B of her debut record Heaven, Ferguson has slowly shown her artistic range across countless genres from EDM on Freedom to her stunning rendition of jazz legend Billie Holiday’s landmark 1956 LP Lady Sings The Blues. Ferguson’s immense talent has carried her through each and every genre she has taken on. With her latest single, Ferguson reinvents herself and her sound again.

From her very first single, Ferguson established herself as a romantic, crooning about how “nothin’s real but love.” Since she has dealt with heartbreak and hope, all the time maintaining that romantic heart. On “No Words Needed,” Ferguson’s frames love in glitzy disco-funk production.

With assistance from Grammy-award winner, frequent collaborator and legendary producer Nile Rodgers, ‘No Words Needed’ leans into the heavy nostalgia trend that has seen so many of music’s modern stars revisit the sound of the 70s and 80s. The sound works wonderfully with Ferguson’s bluesy, soulful voice, her vocal performance oozing charisma and sensuality, reminiscent of stars like the queen of disco herself Donna Summer: “Hands running down my body like this // No, I can’t resist the magic // There’s no words needed.” The shimmery track radiates passion and joy for a real feel good moment, following in the footsteps of other modern throwbacks like Dua Lipa’s “Pretty Please” and Taylor Swift’s “I Think He Knows”

Speaking about the track to CelebMix, Ferguson said “Working with Nile never gets old – I’m still in awe of his talent. ‘No Words Needed‘ came together in a fit of creativity. I can’t wait to keep working with him.”

The track marks Rebecca Ferguson’s first major release since last years “Nothing Left But Family” which also featured Rodgers, and her 2016 album Superwoman.