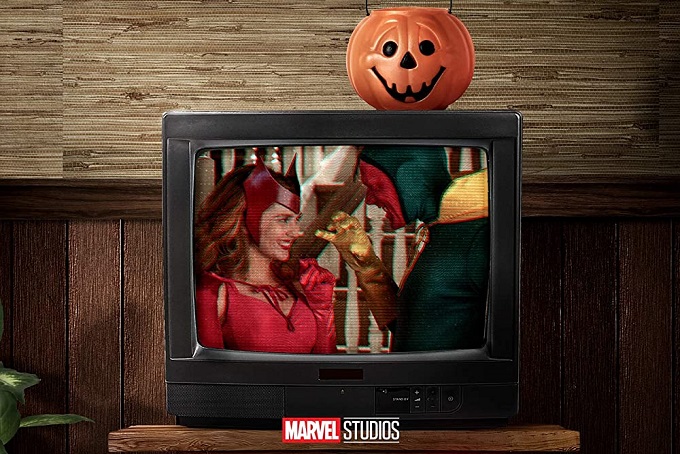 Kathleen Hanna, the lead singer of Bikini Kill, Le Tigre and The Julie Ruin, is the voice behind “Let’s Keep It Going,” the theme song of WandaVision’s sixth episode, “All-New Halloween Spooktacular!”

Just as in previous episodes, Robert Lopez and Kristen Anderson-Lopez were in charge of penning the song. Through a tweet, Anderson-Lopez revealed that Hanna was the singer.

Kathleen Hanna rose to fame as the lead singer of the iconic Riot Grrrl band Bikini Kill, and for being one of the leading women in the Riot Grrrl movement as a whole. Active from 1990 to 1997, Bikini Kill announced a reunion tour in 2019, which was partially cancelled due the Corona Virus epidemic. The band will be touring Europe and the US later this year.

The first verse hints at Wanda’s actions in the series and how she is starting to lose control over what she has done. Meanwhile, the lyrics “Some days it’s all confusion… But if it’s all illusion // Sit back, enjoy the show” seem to represent Vision’s doubts about Wanda’s true intentions.

In this episode, WandaVision paid homage to the 2000s sitcom Malcom in the Middle, which starred Frankie Muniz in the lead role. The intro along with “Let’s Keep It Going” create the perfect combination. The opening riff of the track is reminiscent of episode two’s “WandaVision!” and, definitely, Kathleen Hanna’s carefree and fun attitude was an excellent addition to the show as a whole.

WandaVision’s latest episodes focus on the mayhem that unraveled in Westview after Wanda, apparently, began struggling to master her powers. So far, seven episodes out of nine are available to stream on Disney+, and you can watch the eighth episode starting tomorrow.

You can listen to Kathleen Hanna perform “Let’s Keep It Going,” off WandaVision’s sixth episode, below.