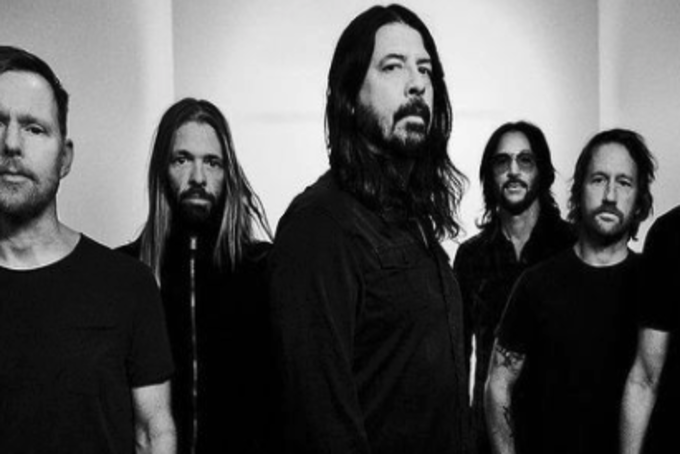 This cover isn’t a want but a NEED. Rock band Foo Fighters gave us groove and electric- vibes with their rendition of “You Should Be Dancing”, a disco-favorite made famous by The Bee Gees in 1976. At the time, the song debuted in the classic dance-film Saturday Night Fever.. On Friday, February 12, Dave Grohl and the gang stopped by Jo Whiley’s Sofa Sessions on BBC Radio to reveal the track! Break out the dancing shoes for this one!

As always, they hit all the right notes, while providing their own style and adding sparks of rock to the disco dream. “I sang the song, and it was like six minutes and I was done,” Grohl jokingly explained to Whiley, “I should’ve been singing like that for the last 25 years!” Partly because recording the Bee Gees classic was straightforward and natural, and also because Grohl’s voice reached the same octaves as the trio, which was astounding to him!

Later on the show, Grohl explained their motivation: “We’ve been going down to our studio every day and filming things and recording things, and this one day we had our list of things we were supposed to do and it said, ​‘Record a cover song for Jo.’ And while we were having this conversation somebody said, ‘Hey, have you seen that Bee Gees documentary?’ And I was like the last person on earth — the only person that hadn’t seen it! So I was like, ‘Why don’t we just do a Bee Gees song?’ And someone was just like, ‘OK… how do you wanna do it?!’ And I said: ‘Well, let’s do it like the Bee Gees.’”

“I have never, ever in my life sung like that!” Grohl says with a grin. They began with the instrumental and tapped into the Bee Gees methodology, then experimented with lyrics and tone. The result: Foo Fighters scoring big!

As Grohl mentioned, the band had been in the studio almost every day, especially in quarantine. Earlier this month, Medicine at Midnight was released.

You can view the full episode here, with the band’s cover as the opening feature!