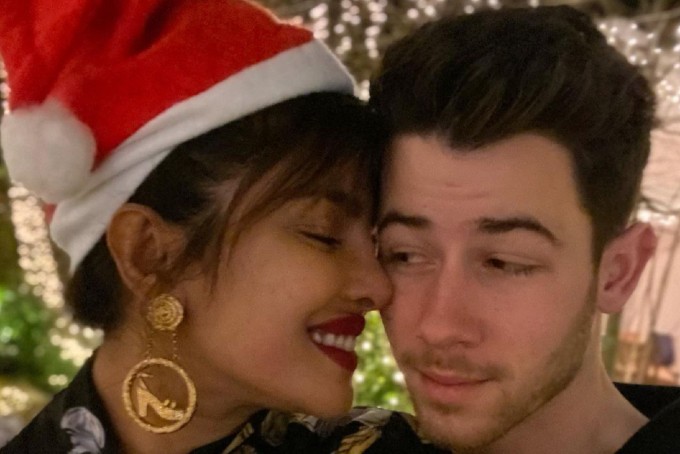 Nick Jonas is serenading his wife, Priyanka Chopra Jonas, in his new music.

The 28-year-old “Close” singer just dropped his brand new single, “Spaceman,” off of his future record of the same title. In an interview with Apple Music‘s Zane Lowe, he revealed that most of the songs on his new album are about his wife.

“She loves it. Most of the songs are pretty much just love letters, which when I can’t articulate the way I feel with my words with no music, I go to the studio. And I’m grateful to have that because it makes her happy, and that’s most important.”

The “Jealous” hitmaker went on to reveal that while he loves creating songs specifically for radio, he also appreciates being able to make songs that describe the tumultuous year that 2020 was for most of us.

“Listen, I love a big radio song just as much as the next guy. I also love moments when I’m able to take an idea, a concept, in this case, that feeling of just trying to capture what this year looked like as far as that isolation,” he shared.

Appreciate you having me on to talk about #Spaceman and more this morning @zanelowe! Head over to https://t.co/cDo8FbJwBD now to hear it on @AppleMusic. #NewMusicDaily pic.twitter.com/iRBl71LoyL

The Voice coach further elaborated that many of the ideas behind the songs on this album came about as a result of being separated from his wife for a few months while she was filming a movie, but that the overall theme is “inherently hopeful.”

“I was away from my wife for a few months while she was filming a movie and that’s when I started making the record. And then the reconnection, understanding there is hope on the other side. I feel like the album is inherently hopeful and I want people to feel that when they listen to it.”

Where ever you go, I’ll go, cause we’re in it together. For better or worse, hold on, cause it only gets better. 🎵 Happy Valentine’s Day @priyankachopra thank you for filling every day with happiness and peace. I love you to the moon and back. ❤️ pic.twitter.com/nQabkJDXTV

Jonas just did double duty as the host and musical guest on Saturday Night Live this past weekend. You can watch his performances of “Spaceman” and “This Is Heaven,” both of which are tracks off of Spaceman, set to release worldwide on Friday, March 12.

“This Is Heaven” will be released prior to the album on March 4th as Jonas revealed on his Twitter account.

So incredible getting to share this song with you for the first time as a live performance last night on @nbcsnl! #ThisIsHeaven lands on March 4th at 8am ET 🚀🧑‍🚀