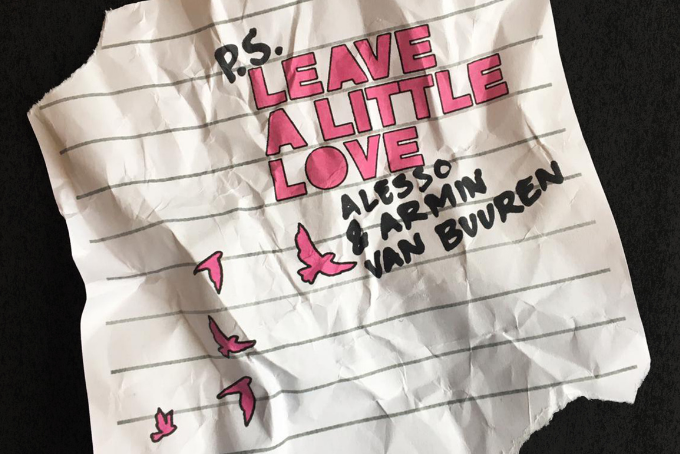 When EDM festival headliners collaborate for the first time, fans are bound to vibe with it. Such was the case when two titans of the genre did just that, with Armin van Buuren and Alesso dropping an early song-of-the-summer candidate, “Leave A Little Love,” on February 25. Melodic and trappy, the track is experimental for both artists in composition and note selection. The pair, who teamed up for the first time on the track, had respectable 2020 rankings on DJ Magazine’s annual Top 100 list, with van Buuren coming in at No. 4, while Alesso made significant gains from the previous year, clocking in at No. 45.

The pair called on noted EDM vocalist Tom Martin for “Leave A Little Love,” who delivers a signature high octave, ebullient performance. Singing of heartbreak and moving on from a romantic endeavor, he sings, “When I’m drowning in the midnight // I try to mend my broken heart // I can tell you what it feels like // Tryna shoot straight in the dark,” to make sure they leave a little love for them to hold them over during the transitional period. Martin has lent his voice to artists such as Kygo, on top of producing his own music, which has garnered tens of millions of Spotify streams, as well as landing himself on spin class playlists the world over.

On the production side, the pair opt for bubbly, bright vibes with a side of vocal dub, making up a secondary note coupled with the drumbeat. High-energy notes with varied pulsation shroud the hopeful and positive lyrics. Building on styles borrowed from both artists’ catalogs, “Leave A Little Love’s” drop is a memorable one that fans will find themselves humming absentmindedly for days thereafter listening.

“Leave A Little Love” racked up a neat 1 million Spotify streams across its opening weekend, aided undoubtedly by direct promotional support from the streaming service, by way of a billboard in Times Square, New York City.

Thank you @Spotify for the incredible support ❤️ Leave A Little Love is out & on New Music Friday pic.twitter.com/W6oVXBlj6T