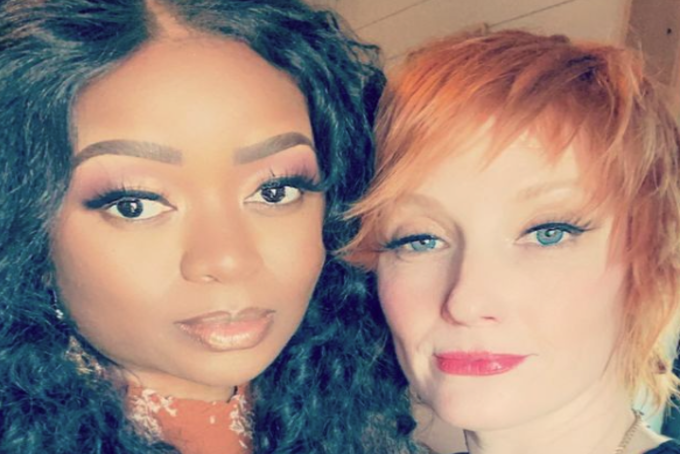 “I’ll never give up,” promises Texan singer-songwriter Leigh Nash, “even when it hurts, because love is still turning over tables.”  Nash provides a compelling narrative and slow-jam “Good Trouble.” Once we heard the first chords, we couldn’t believe our ears!

You may be familiar with Nash’s earlier work, as the front-woman of the pop group Sixpence None The Richer, who soared on the charts with their timeless radio-frequent track “Kiss Me.” That single generated over 360 million Spotify streams alone, in addition to “There She Goes” among many others. Nash and the band have always incorporated their Christian values and lessons in their music, graciously blending that style with soft-country pop.

“Good Trouble” is an intimate showcase of her talent as an artist. Her style embodies a mix of Norah Jones and Florence Welch (from Florence + the Machine). The slow-tempo electronics paired with her voice captures our attention magnificently. Joining Leigh on the track is Grammy-nominated artist, Ruby Amanfu, who brought her own perspective and unifying message to this anthemic ballad.

In addition, the track is a call to action. The lyrics decode our on-going encounters with social justice and racial tension. Both Nash and Amanfu examine these matters with honestly, heart, and vulnerability. “Even though we are all broken,” they declare at the closer, “There is a dream still worth holding // Let’s walk towards the fire // And push past the fear // And call hate a liar // Loud and clear.” Love it, ladies!

Nash was with Sixpence from the early 1990s until 2004. Shortly after, she began her solo career in music, and bounced between other bands such as Fauxliage and the revival of Sixpence.

As a new mother in 2006, she returned to Nashville and recorded her solo album, Blue on Blue, receiving high praise for her ambition.

Check out the single and music video here, where Nash and Amanfu can be seen singing delicately with the band.