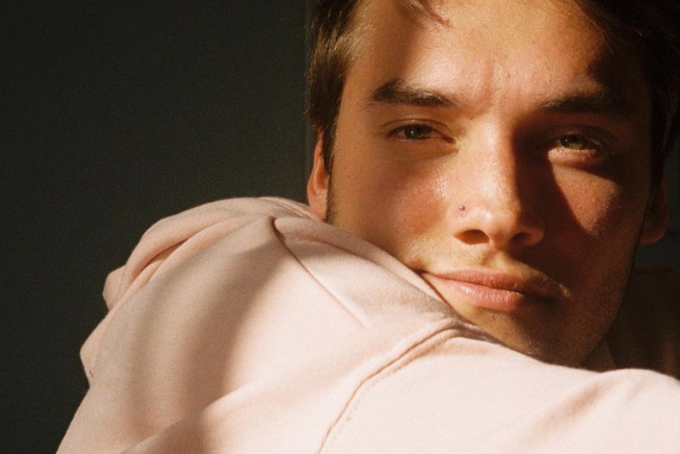 Charlie Sahm, better known as Player Dave, is proving himself a force to be reckoned with within the dance music scene. The genre-bending musician is on the verge of dropping his 11-track debut album Where The Wind Blew Me, which is scheduled for a March 26 release. The project’s second single, “Boundless Perception,” featuring longtime collaborator Fly, is a breezy, melodic delight that we can’t get enough of.

From old-school hip-hop to psychedelic bass, it’s impossible to confine Player Dave to a singular genre. The San Diego-based producer garnered himself a loyal fanbase while touring the North American club scene, performing at California’s Lightning in a Bottle festival, and opening for decorated experimental producer CharlesTheFirst. However, the multi-instrumentalist went on a brief hiatus to focus on mental, physical and spiritual rehabilitation. He triumphantly returned with the release of “Dumb,” the first single from his upcoming album, which landed Player Dave a spot on Spotify’s Fresh Finds playlist.

Where The Wind Blew Me‘s second single, “Boundless Perception,” was composed alongside close friend and collaborator Fly. “When [Player Dave] first showed me the initial ideas on his album years ago I was super inspired by the diversity of sounds and was honored to contribute to the project with our tune,” says Fay. “Writing the track together was natural and flowed from start to finish very quickly. PD is a lifelong friend and I’m blessed to have him in my life.”

“Boundless Perception” is a beat-driven track with breezy, futuristic nuances — one that molds a melodic world that listeners can easily get lost in. The instrumental gem is as experimental as it is accessible, and it also serves as proof of Sahm’s growth as an artist. “After a few years of collaborating together, Naseem (Fly) and I developed this sound that was noticeably different from either of our solo work,” explained the producer. “We got closer to what was in our heads each time we worked together, and finally hit the nail on the head with ‘Boundless Perception’.”

“Boundless Perception” can be found on all major streaming platforms. Be sure to keep an eye out for the March 26 release of Where The Wind Blew Me, which will detail the story of Player Dave’s trials and tribulations throughout the years.