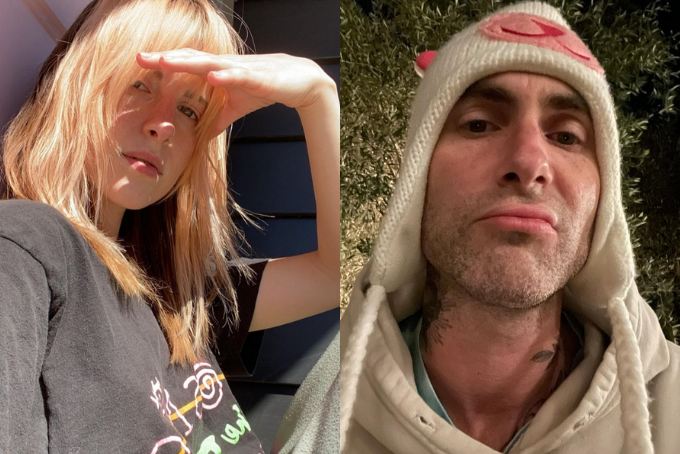 Last Wednesday, Adam Levine spoke to Apple Music’s Zane Lowe following the release of Maroon 5’s new single, “Beautiful Mistakes.” In the interview, the singer stated that he feels disappointed because there “aren’t any bands anymore.”

PSA: hehe bands exist and the Linda Linda’s have been one of my fav new punk bands since about the time they came out of the womb….

watch them cover Bikini Kill AND The Muffs here –> https://t.co/SLiSL5Ogkc

Levine specifically referred to the early 2000s, when Maroon 5 released their debut album Songs About Jane. The singer stated, “You go back and re-watch like these old videos, and listen to these old songs… and it was just part of what you had on the radio.” Additionally, Levine tried to make his point clearer by stating, “I feel like [bands] are a dying breed… I mean, there still are plenty of bands, and maybe they’re not in the limelight quite as much, or in the pop limelight, but I wish there could be more of those around.”

Ironically, Maroon 5 has strayed from being a band in the past few years. Their ever-changing lineup makes it seem like the Adam Levine show, and their poor performances have garnered negative comments from fans and the media.

Although Levine might have meant no harm, his comments came off as condescending. He disregarded the hard work and effort that small bands such as Meet Me @ The Altar and Boys World, as well as bigger bands like Arctic Monkeys and Royal Blood—just to mention a few—have put on their craft to get the recognition that they deserve.

Maybe, instead of pitying the current music industry, Levine should have recommended some underground bands he has been listening to. This way, he could’ve started the change he very much wants to see.