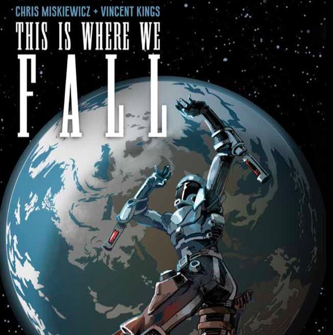 Finally, some new Mitski! Just about a year after her last single, “CopCar,” which appeared on the soundtrack for The Turning, the artist has dropped “The Baddy Man.” The song is part of the soundtrack to graphic novel This Is Where We Fall by Chris Miskiewicz and Vincent Kings.

The soundtrack marks Mitski’s first full-length release since 2018’s Be the Cowboy.

The book is a sci-fi Western. A synopsis of the book states that it’s “an innovative new science-fiction series… that delves into complex questions on science, faith and mankind’s need to believe in something bigger than itself.”

The singer was hired by Z2 Comics to create the score.

“What those dead men say they do // Will never be the absolute truth // ‘Cause the Baddy Man is creeping through the alleys of your mind,” she sings over jangling guitars. While Mitski has never gone full-on Western like this before, it’s clear she took her own advice to “be the cowboy:” this song wouldn’t sound out of place on a Johnny Cash record.

“It was exciting to make a soundtrack for a comic book,” Mitski told Rolling Stone. “It allowed me to work outside of my usual songwriting form and try to approach it like a score, but without any of the cues that come with working alongside a moving image, which ended up being both freeing and challenging. I hope the end result helps to immerse you in the story!”

The soundtrack is available for preorder on vinyl and cassette, with no plans so far to release on streaming services. We don’t know yet if Mitski will be the only artist featured on the soundtrack, or if other musicians will lend their skills.