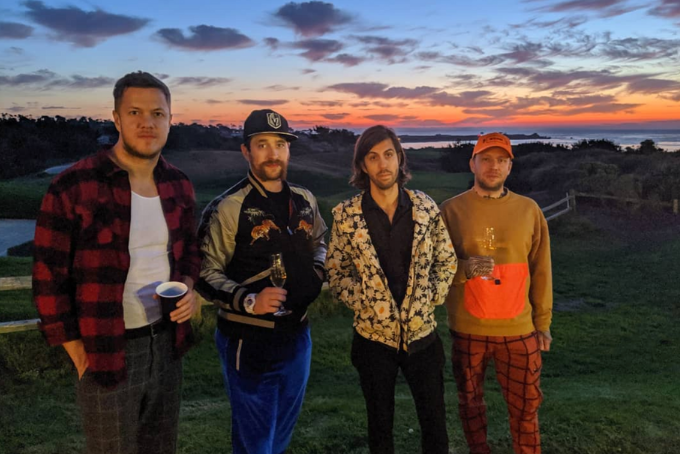 Last Friday, Imagine Dragons unveiled two new singles, “Follow You” and “Cutthroat.” This is the band’s first release since 2018. The songs will be part of Imagine Dragons’ upcoming fifth studio album, whose name is still a mystery.

After working on the album for three years, the band is ready to share it with the fans. Frontman Dan Reynolds spoke to Rolling Stone and he stated that both singles “are kind of to navigate the fans through what to expect with this record, which is the two sides to it, and the extremes of it.” Definitely, “Follow You” is the fun, playful side while “Cutthroat” represents the chaotic extreme of the record.

According to Reynolds, “Follow You” is a song about loyalty and love, and he drew inspiration from The Beach Boys. Dan wrote the love song after he got back together with his wife, Aja Volkman. The couple divorced in 2018 and Dan proposed to Aja again in 2019. Reynolds took to Twitter to explain that “not everyone needs a relationship. It isn’t the happy ending. It is a choice that works for some. And Aja and I re-chose it after experiencing life without each other.”

Undoubtedly, “Follow You” is everything Imagine Dragons fans could expect and more. Its mellow sound and catchy chorus will lift up anyone’s mood. With lyrics like “I will follow you way down wherever you may go // I’ll follow you way down to your deepest low,” the band describes the feeling of loving someone despite issues or difficulties that may emerge.

On the other hand, “Cutthroat” is a more aggressive and tempestuous track. Overall, the song is a new direction for the band, but it doesn’t feel forced whatsoever.

Reynolds said that he wouldn’t have put this song out if it wasn’t for the new album’s producer, Rick Rubin. Dan believed that “Cutthroat” was too strange for the band, so Rick told him that he had to embrace “the parts of Imagine Dragons that were a little uncomfortable for [him].”

Over the years, Dan has been very outspoken about his mental health, and he affirms that this track is about “exorcising, trying to cut out” the emotional ties that come with depression. The singer also stated that the main theme of the song, and of the album as a whole, is the finality of life.

Clearly, Imagine Dragons’ upcoming album will be an incredible journey. And judging by these two singles, we can only expect the best from the band.