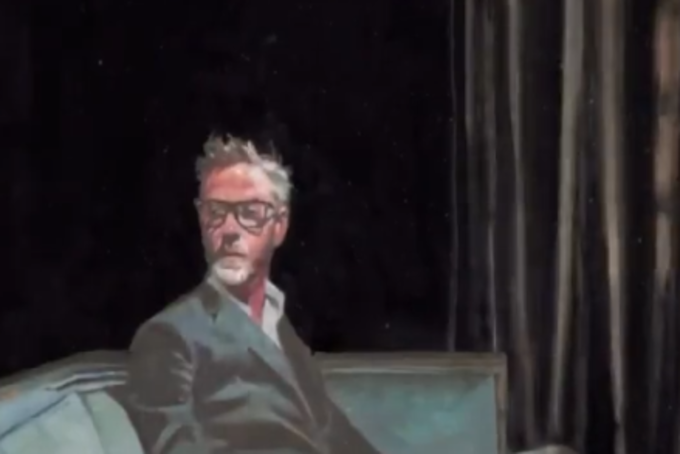 If you’re not familiar with Matt Berninger, there are two things you need to know: 1. He’s fantastic and 2. He’s fantastic. Seriously, pretty much anything The National frontman touches turns into pure perfection. He worked with singer/songwriter Taylor Swift on her indie masterpiece Evermore. He collaborated with electro-pop powerhouse CHVRCHES on their killer song “My Enemy.” And recently, he showed us that he’s extremely capable as a solo artist.

Berninger’s debut solo album Serpentine Prison is an ambitious, impressive project that gravitates between jazz, rock, indie and soul. Its deluxe edition, which dropped on March 12, features six new songs: Four covers and two originals. By and large, these tracks are a welcome addition to the already stellar album. Not all of them, however, are home runs. Let’s start with the covers.

It feels like blasphemy to say someone could make a song by The Velvet Underground better, but Berninger almost does it. He transforms the punk rock chaos of “European Son” into an inviting, cinematic song. Even his approach to the lyrics is just perfection. The way he sings, “You wanna make love to the scene,” is just plain cool. He takes an aggressive, angry song about a time that’s passed and turns it into a funky, rocking track about reminiscing and moving forward. Let’s be clear, everything is magnificent in both versions. We need to give credit where credit is due, though: Berninger blows this cover out of the water.

Some of his elements are nearly the same as the original’s, such as the pulsating guitar and the steady drumming. The energy is similar, too, but it’s refined. There’s urgency and high energy, but it’s not coming from a place of rage or discontentment, it’s coming from a raw passion for living in the moment. So while Berninger’s version is admittedly way less punk rock, it’s still very, very good. It feels akin to a great LCD Soundsystem song. It’s a tune you can lose yourself in. And who doesn’t need a great escapism song these days?

#12. ‘Then You Can Tell Me Goodbye’ originally by Bettye Swann

Another great cover on Serpentine Prison is Berninger’s take on “Then You Can Tell Me Goodbye.” Not only does he do Bettye Swann’s version justice, but he truly makes the song his own. The instrumentals are beautiful. The singing is beautiful. Everything about it is just plain beautiful. It would be a perfect fit in any modern-day, hip romantic movie. Set the scene: Someone walks through the rain on the streets of Paris, then this song comes on. It would be perfect if we do say so ourselves.

To understand what we mean, you need to listen to the song — and you’ll want to because it’s so good. In the original, Swann passionately sings in, what seems like, an effort to convince a lover to stay with her. Her voice is flawless and shakes ever-so-slightly as she asks for more precious moments before they decide whether to throw in the towel. Berninger doesn’t change a single word, but his take on the material feels less like pleading and more like a tribute to a love that’s already won.

He counts slowly into the song, then hits us with the lyric: “Kiss me each morning for a million years.” It’s a line that’ll warm even the coldest of hearts. He’s asking for a commitment — one that’s impossible, yes, but that’s why it’s so darn romantic — and a chance to fall deeper in love. “If it doesn’t work out, then you can tell me goodbye,” he sings. It’s yearning and pleading, yes, but it’s also attractive and intriguing here. It not only feels like a superb sonnet to a soulmate, but it’s one of the best songs on the album. Well done, Berninger.

#13. “In Spite of Me” originally by Morphine

This cover is cheeky as hell. He sings about his missteps as a person and how they’ve affected someone else. He doesn’t really accept his wrongs; he mostly just practices some musical self-deprecation. It’s pretty good, honestly, and it’s impressive that he takes the song in such a different direction than Morphine does. He sings in the same style, keeps the lyrics and mimics the instrumentals. Yet, the vibe is much different. Again, it’s an impressive feat, but the original is simply the stronger song of the two.

Morphine’s song opens up with plucking that sounds like a harp, which creates this really beautiful, transcendent ambiance. The lyrics are sad but beautiful. It’s the perfect soundtrack for those gazing-out-into-the-rain days. It serves as a moment to stop and retreat into your thoughts. Honestly, “In Spite of Me” by Morphine could make for some really good meditation music. It’s just such a good song, so it’s no surprise why Berninger wanted to take it on. His version may not be as powerful as Morphine’s, but it’s still pretty decent. Plus, it might inspire more people to give Morphine a listen, which is a win in our books.

Upon our first listen, it sounds like Berninger is doing his best Bono impression here. The vocals on “Big Bird” are passionate, but they don’t hold a candle to the rest of his work on the album; they also don’t stack up to Eddie Floyd’s. Where Floyd commands this song, Berninger’s voice seems to compete with the music. This cover song never really comes together, although you can tell everyone involved is wildly talented. All of the elements are good. The instrumentals are brilliant and the singing is decent. As a whole, though, the song just isn’t that good. It’s also not nearly as fun and effortless as the original.

The first of two new original songs, “Let It Be” invites us in with simple guitar. Then, it packs the poetic lyricism that we’ve come to love and expect from Berninger. “Some things I can never hide, no matter how hard I try.” Brilliant. He sings about how he can no longer “let it be” or take a joke. He’s grown up to be his “own worst enemy.” He’s also deeply conflicted. On the one hand, he wants to hear things; on the other, he wants to be blissfully ignorant and save himself anxiety and stress. If you’re empathetic or admittedly defensive, this song might be gospel to your ears.

It’s a spectacular song because it is so, so relatable. We’re all wired a certain way, and he’s acutely aware of his own wiring — for better or worse. “Let It Be” is also a beautiful ride down memory lane. He sings about simpler times marked with “3 jacks and 2 gingers.” Sometimes when songs reminisce about the past, it can come off cliche or forced; when he does it, it comes off as sophisticated and spectacular. Would you expect anything less from Berninger?

This closing track on “Serpentine Prison” gives off major the National vibes with its horn and piano intro, but “The End” as a whole is less rock and more jazz. It’s a well-welcomed showcase of Berninger’s deep baritone voice. And you can’t help but smile that he ends his album with a song called “The End.” It works because the song isn’t gimmicky. It’s a hopeful tune about what comes next — OK, it’s a song about death.

Although Berninger sings about how he “wants to be taken out,” the end result isn’t somber; it’s somehow joyous. It’s probably because he confesses how he wants to go on his own terms, and you can’t help but admire and respect that. The harmonies on this track are also easy to admire. “The End” is a rousing, multi-layered song about living and dying, and it’s the perfect way to end this pretty fantastic album.

To listen to these songs and the rest of Berninger’s debut solo album “Serpentine Prison,” head over to his official artist page on Apple Music and Spotify.