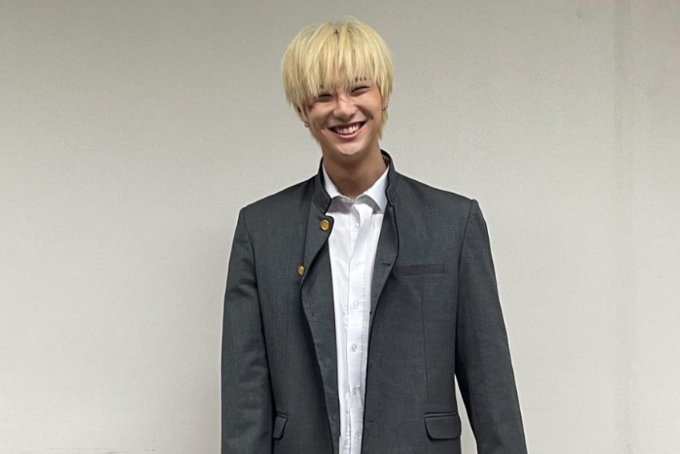 “Feel Like” is a thumping pop-rock anthem that contains a unique electric guitar riff as its chorus. The riff then glides into his groovy crooning. Even though Woodz started out as a rapper, he still manages to catch us off guard whenever he comes through with his slick delivery. He once again manages to show off his versatility with his verses. The music video manages to elevate the already electrifying song. The overall vibe is an action-crime-thriller combo and we’re here for it. The choreography is also giving us major Michael Jackson vibes as he dances on the giant electric guitar. We highly recommend listening to this one if you need a confidence boost or pick-me-up.

The two b-sides sonically diverge from the title but still captures the many different styles Woodz has continued to present in his discography.

“Touché” is a melodic R&B and Latin-influenced track featuring Moon. We’re blown away by his vocal color. He manages to make falling out of love sound good.

“Rebound” is sung entirely in English as he ruminates about a failed relationship. His passionate delivery has us feeling just as betrayed as he is. The R&B-trap song is haunting and reminiscent of his beloved b-sides “Accident” and “Noid.” It’s not too far off a comparison if you were also thinking about some of The Weeknd’s signature works as well.

By now, it should be noted that the K-pop star doesn’t stick to the status quo with his sound. Woodz brings an incredibly fresh and dynamic take to the K-pop scene. He remains a chameleon when it comes to production and crossing genres.