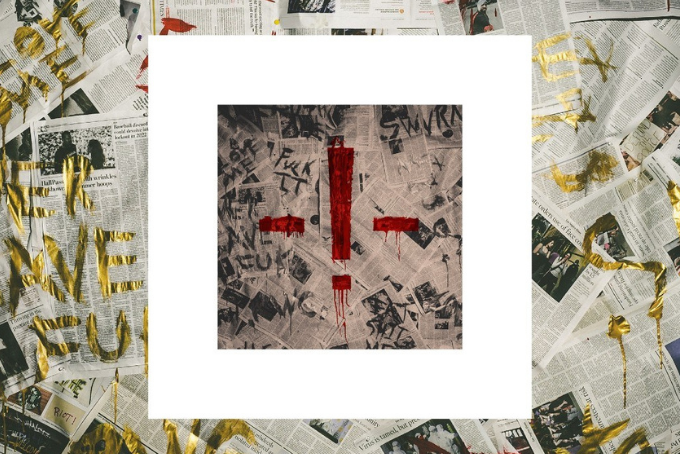 People have to stop saying rock is dead because clearly Dead Poet Society are bringing it back. After years of EPs and singles, the Boston quartet dropped their highly anticipated debut album -!-. The boys (Jack, Jack, Nick and Will) met at Berklee College of music and have already racked up quite the following ahead of this debut. So, the band has some more classical training, but we’re thinking that gives them a bit of an edge as they bring new energy to the modern rock scene. With raging riffs, clean vocals and deep-cutting lyrics, Dead Poet Society really stands out. -!- (or fondly called ‘The Exclamation Album’) sees a blend of classic DPS singles blended with new hits to make the ultimate listen for 2021.

Let’s start with the singles. “.AmericanBlood.” and “CoDA” were 2018 singles that were rerecorded. And guess what? Those two songs still go so hard. The energy is indescribable. Makes you want to be raging in the pit at a show again. Jack Underkofler’s vocals always rip through the silence and right into your soul, especially with “CoDA” — that song has become a fan-favorite for a reason. The riffs are so heavy, and yet, they still have us dancing around the living room pretending we are in the music video.

Other singles, “.Burymewhole.” “.Loveyoulikethat.” and “.Getawayfortheweekend.,” show that Dead Poet Society has more depth than your average rock group. We hear the emotional weight in Jack’s crooning vocals about painful relationships, new relationships and fleeting connections. These tracks show a softer in-between but still have a flare that makes it hard to pigeonhole DPS into one genre or style.

Then, there’s the last (or technically first single that went with the album announcement) single “.Intoodeep.,” which as you can guess, cuts deep. Undoubtedly, a track about feeling stuck when everyone seems to be growing up and moving on around you hits like no other. Even better, the guitar and drums match the chaotic yet real way this song makes you feel.

On top of all the amazing tracks we got ahead of time, Dead Poet Society blessed us with more musical gifts on release day. Songs like “Georgia.” and “.SALT.” break through the silence and add life to this year. “.Georgia.” is an atypical love song, giving “Girl At The Rock Show” by Blink 182 a run for its money. Then, there’s “.Beenherebefore.,” which really showcases Jack’s vocal abilities. Next, “.SALT.” is exactly the spice you need in your life. The bass line gives off a funkadelic style that goes perfect with the sassy lyrics.

On the flip side, we have “I Never Loved Myself Like I Loved You.” to show us the band’s slower and emotional side. The first is stylistically titled differently and when you listen, you’ll understand why. It’s a heart-wrenching and beautifully crafted song. Bringing more of an indie vibe, but in a way that’s uniquely Dead Poet Society. The dessert after this rollercoaster ride is an incredible closer, “.Haunted.,” which is hauntingly beautiful. It’s almost as if Jack is singing in an empty room directly to his fans. “.Haunted.” is gentle, heavenly and the cherry on top of this crazy good album.

It’s evident the Boston group is dedicated to their craft. Waiting two and a half years for this was worth it when you hear all of the attention to detail the band put into it. With a heavy instrumental opener, acoustic closer and voice recording interludes, you can see that DPS knows and appreciates the art of crafting an album. They truly don’t miss. So yes, it’s still early enough to hop on the Dead Poet Society train and it’s heading straight towards stardom — or hopefully, some killer shows and more artistic content in the near future. They set the bar high for themselves, but long-time listeners couldn’t be more proud.