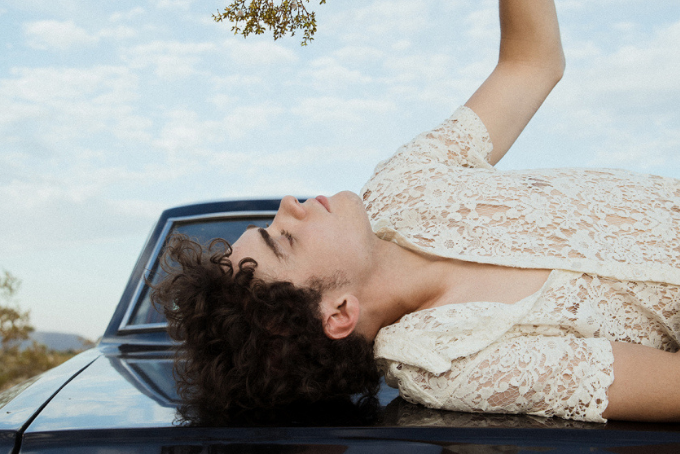 After all the Disney Channel drama and music released by both Olivia Rodrigo and Sabrina Carpenter, we have a new self-titled EP from Joshua Bassett. His debut EP contains six songs, including singles “Lie, Lie, Lie” and “Sorry.” The two singles were released amidst the “Driver’s License” and “Skin” feud. With his debut, Bassett is bringing instrumentation to the forefront as he experiments with a number of different sounds.

Basset explores many themes throughout the EP. In the six songs present, he plays five instruments, giving fans a taste of his impressive musicianship. He sings about the themes of the afterlife and its place a number of faiths and religions. In addition, going past his own experiences, he tells a story with the opening track of “Sorry.” Bassett wrote the song after his best friend had broken up with her boyfriend, and paired it beautifully with an acoustic guitar. “Lie Lie Lie” takes on a different persona of Bassett, showcasing his acoustic pop style, and we’re not mad about it.

The EP experiments with so many different styles, giving the world a taste of the incredible music skills Bassett has secured under his belt this past year. His ability to consistently utilize his strong vocals and combine it with complex instrumentals is an astounding task that few can accomplish. Through this EP, Joshua Bassett has undeniably showcased that he has a long, prospering career in front of him. We’re looking forward to seeing what’s next for the young star.

Accompanying the EP, Bassett also put forth a music video. Check out the music video and EP and let us know your thoughts in the comments!