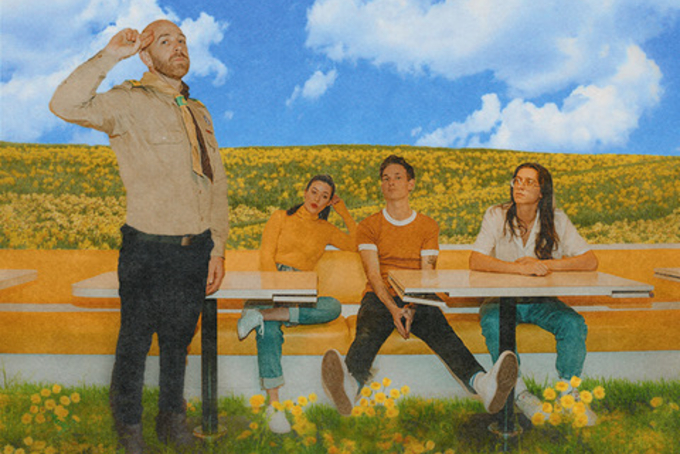 Juno award-winning Vancouver indie rockers Said The Whale dropped their first non-live track in a year and a half on March 19, with the arrival of new single “Honey Lungs.”

Despite tackling a heavy political climate, the track remains upbeat and endorphin receptor hitting. With a multitude of instruments employed, the sound is memorable, just like 2020 – the year in which the track was written and recorded.

Comme il faut for the quartet, the “Honey Lungs” cover art did not disappoint. The group is seen sitting on old-timey diner bench seating that is commingled with an image of a field of dandelions.

In a press release, the band confirmed only in concept that their seventh album is “on the way.” With the new album’s tracklist still undivulged, we remain restricted to speculation on where “Honey Lungs” will land on it. With effervescent and upbeat vibes proving dominant, pole position makes a whole lot of sense in regard to placement.

“Honey Lungs” performed well over its opening weekend, as SaidHeads, the band’s aptly monikered fanbase came out in force to support the track, streaming it on Spotify over 25,000 times. Multiple radio stations also picked up the track over the weekend, and fan feedback online has been overwhelmingly positive.

Promotionally, Said The Whale has been providing Patreon supporters early access to new music as well as other cool perks and ways to connect with the band, including Zoom hangouts and access to exclusive behind-the-scenes content from band members.