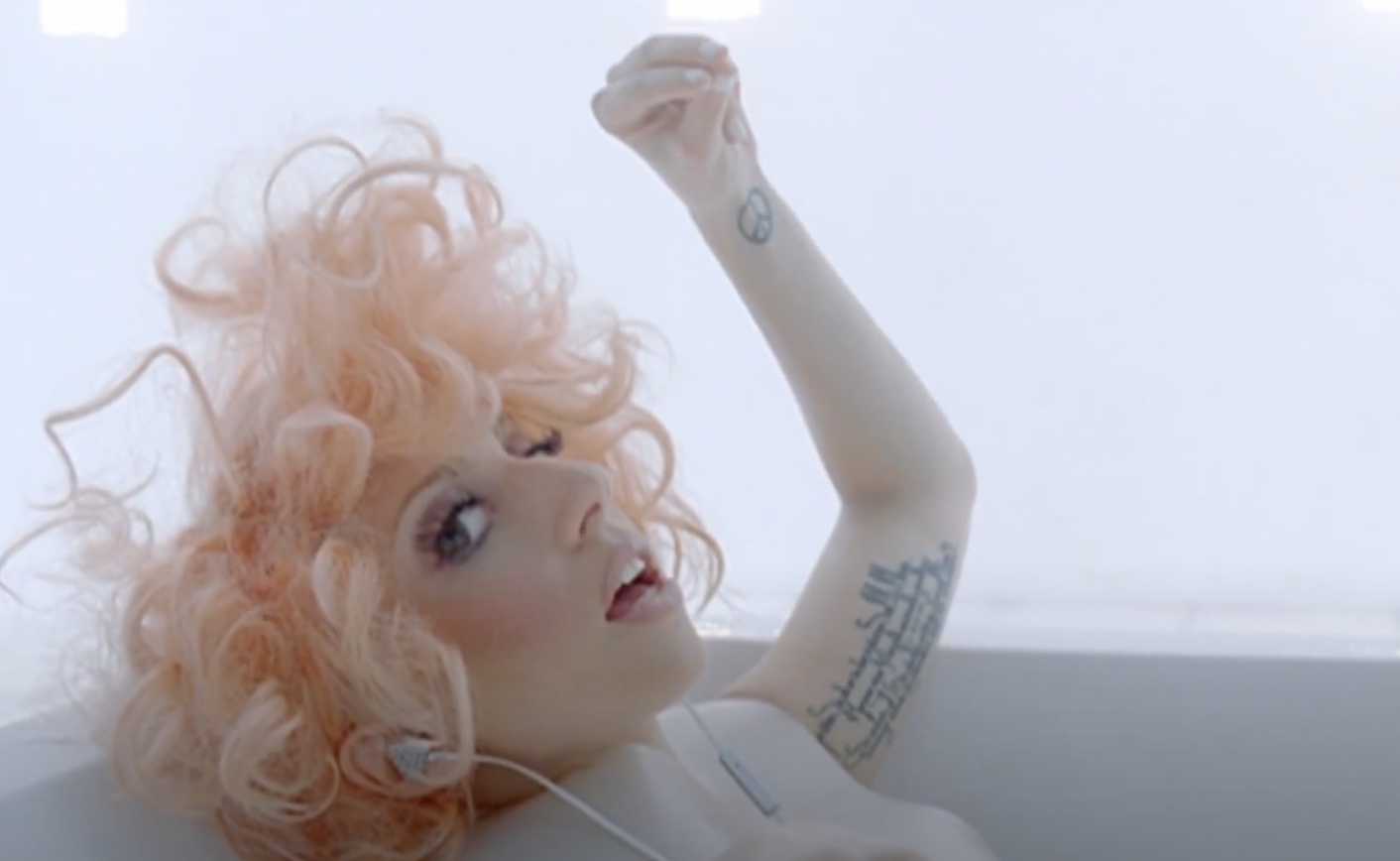 Lady Gaga’s birthday always puts us in an awkward position: we’re forced to accept that she, like us, is human. It’s difficult, considering she seems to carry this superhuman ability to do anything and everything with unrelenting confidence and ferocity. She takes chances, puts herself out there and does all of this while living in severe pain from a chronic illness. What a badass beast.

On behalf of all of us at Soundigest, we want to wish Lady Gaga the happiest of birthdays. The Mother Monster turns 35 on March 28, and we’re celebrating her in the best way we know how: looking back at three of her most iconic music videos.

It’s beautiful and brutal, it’s got money and murder. From the get-go, we realize that in this music video universe, Lady Gaga is a very, very rich star. She’s even got dollar bills with her name and face on them. Her lover, played by Alexander Skarsgård, can’t seem to handle her fame. He seduces her and then casts her aside, literally, over the ledge of their mansion. Little does he know, Lady Gaga can’t be taken out that easily.

The video is a spectacular mini-film chronicling her transcendence from a down-and-out starlet to a back-on-top vixen. Her form of physical therapy is dancing with her troupe and making out with sexy houseguests. Across the estate, we see beautiful women left for dead, one of which is laying in a pool of gold instead of blood.

It’s the intentional moments like these that remind us, “No, this isn’t a horror film. This is a glamorous, fashionable Lady Gaga video.” It’s sexy and disturbing, and it goes “there” without fully going “there.” “Paparazzi” is one of the best examples of why Lady Gaga is so damn good. We see her take vengeance on her lover, struggle with shiny crutches and strike a pose while holding a police lineup number. She goes all-in on every single scene, and it’s just impressive to watch.

If you’ve seen “Broad City,” then you automatically appreciate this song because of that scene. Even if you haven’t, it’s still one of those songs that gives us instant goosebumps no matter how much time passes by. The song is sheer and unapologetic liberation, and the video captures the essence perfectly.

The “Edge of Glory” music video proves that, without a doubt, Lady Gaga is a bonafide star. No costumes or a murderous plot, this video simply showcases her living her best life on the streets of New York. She busts out of a smokey window and gyrates on a fire escape before throwing herself on the sidewalk and becoming one with the music. Naturally, she then struts down the street while looking fearlessly into the camera. Her makeup is on point, her wig is incredible and her outfit is fashionable as hell, but this isn’t why the video is so good: it’s good because Lady Gaga is a legend.

Seeing her bust a move or sit on a stoop with Clarence Clemons, the incredible saxophonist who is featured on the song, is a joy to watch. “Edge of Glory” shows Gaga in her element. Honestly, it makes us want to follow suit and start dancing too.

We couldn’t complete this list without mentioning “Bad Romance” by Lady Gaga. The video has more than a billion views on YouTube for a reason. It’s her magnum opus and a visual explosion. Every moment of it is considered — from her gold foil- manicured fingers to her Alexander McQueen outfits, from designer sunglasses to ever-changing glamorous wigs. To this day, this music video still blows us away.

The opening scene starts with a dysfunctional family portrait of sorts. There are women in a bathtub, men wearing gold headgear and Lady Gaga’s in the middle of it all on a white throne. The video starts and ends with eerie synth music, and everything that happens in between is just pure art.

In this music video world, Gaga is a monster being groomed to be sold to the highest bidder. She emerges from a casket alongside a crew of disoriented monsters. Despite the high heels and white latex outfits that cover their eyes, they dance in perfect astounding synchronization.

At one point, Gaga stares into an ornate mirror wearing a black ensemble and a floppy crown. This scene in and of itself is a work of art. You know a moment is everything when you watch it and go: “That could be a perfect Halloween costume.” Why? Because it means you want to imitate what you see, and imitation is the ultimate form of flattery. This video still takes our breath away. For instance, there’s a moment where she’s being auctioned off and time stops. She’s left standing in black lingerie while surrounded by a sea of diamonds. We don’t know how they executed this shot, but we do know one thing: It’s spectacular. Lady Gaga flexes some serious acting chops in this video, and it’s no surprise that she went on to become an Oscar-nominated actress. “Bad Romance” has definitely stood the test of time as one of the most impressive, intentional and intelligent pop music videos.