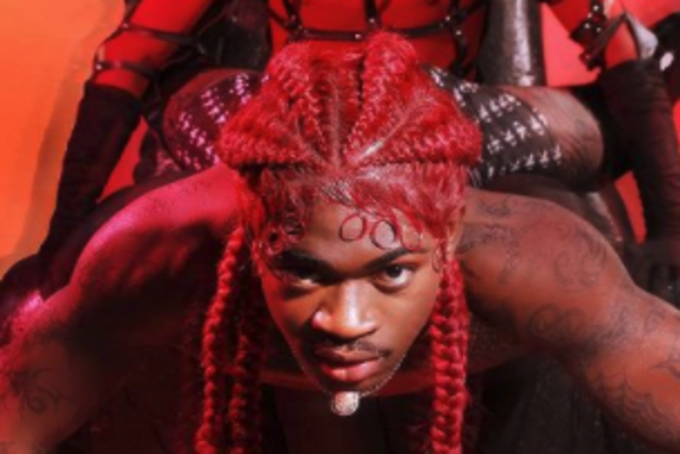 Lil Nas X has finally dropped his long awaited single, “MONTERO (Call Me By Your Name),” accompanied by a highly discussed, and often controversial, music video. The “Old Town Road” superstar has been teasing this song for months, pushing a small clip on Tik Tok, and in typical Lil Nas X fashion, making tons of hilarious memes. It’s only right that a song this hyped by an artist this creative would be accompanied by such a high-concept music video.

“MONTERO (Call Me By Your Name)” is more than just a hit for Lil Nas X. The song and music video are both about his personal journey of being gay, from trying to hide his identity to being confident enough to share it with the world. In an emotional Instagram post dedicated to his younger self, Lil Nas pens “You see this is very scary for me, people will be angry, they will say I’m pushing an agenda. But the truth is, I am. The agenda to make people stay the f*ck out of other people’s lives and stop dictating who they should be.”

There’s tons of symbolism, hidden messages, and detailed imagery to be found in the music video, most notably the references to biblical and catholic symbolism and Greek and Roman mythology. Even the song’s title has meaning as a reference to the 2017 queer coming-of-age film, “Call Me By Your Name.”

The biblical imagery is apparent from the first scene, where Lil Nas X is tempted by a snake in his version of the Garden of Eden. The opening shot is accompanied by a monologue about self-acceptance and the imaginary world of Montero, where no one is outcast and everyone is celebrated. The pair end up kissing and getting steamy, equating original sin to homosexuality and symbolizing the condemnation of homosexuality in Christianity. Then, the tree Lil Nas X lounged under is branded with an ancient Greek excerpt from Plato’s Symposium, loosely translated to “From the time that human nature split in two pieces, each one of them started loving the other-his half self.”

Lil Nas X is then transported to a new scene, a Roman arena where he is attempting to break free of his restraints. In this scene, there are multiple clones of himself that are wearing a blue denim ensemble, while the Lil Nas X on trial is wearing all pink, showing that he is clearly different, and being ostracized for it. While he’s on trial, Lil Nas X has a has a stone thrown at him by the angry crowd and is killed. He ascends to the sky where an angelic figure waits for him.

However, instead of reaching the figure, and symbolically reaching heaven, Lil Nas X is instead sent to hell, descending down on a stripper pole, showing off his impressive pole-dancing skills (yes, that’s actually him doing those tricks!). He enters the gates of Satan’s palace and proceeds to give him a seductive lap dance. Unsurprisingly, this scene in particular has been discussed widely online, from members of the LGBTQ+ community feeling empowered to devout Christians who are criticizing it.

After the (now iconic) lap dance, Lil Nas X snaps the neck of Satan and takes his crown, placing it on his head becoming the new king of the underworld. Lil Nas X is intentional in his storytelling here—this isn’t simply about being controversial for attention, this is a direct stab at how LGBTQ+ people have continuously been attacked and condemned by Christianity under the threat of going to hell. Lil Nas X is literally taking control of this narrative, not only by conquering the devil himself, but then by becoming the ruler of a place that was meant to punish him. This moment is all about reclaiming one’s own power against the oppression they’ve faced and facing a fear that has been placed upon them their whole life. Not only does Lil Nas X kill and take the crown of the devil, he also seduces him—he’s literally using his sexuality, the reason he’s being condemned, as a power.

“MONTERO (Call Me By Your Name)” is already an iconic moment in pop culture. From the uproar from religious conservatives, to the memes Lil Nas X is using to clap back, the whole world is talking about the music video. Controversy aside, it’s incredible to see Lil Nas X’s personal and artistic growth from “Old Town Road” to “MONTERO (Call Me By Your Name),” and shows the world that Lil Nas X isn’t just a one-hit wonder or a joke artist, but a bonafide visionary.