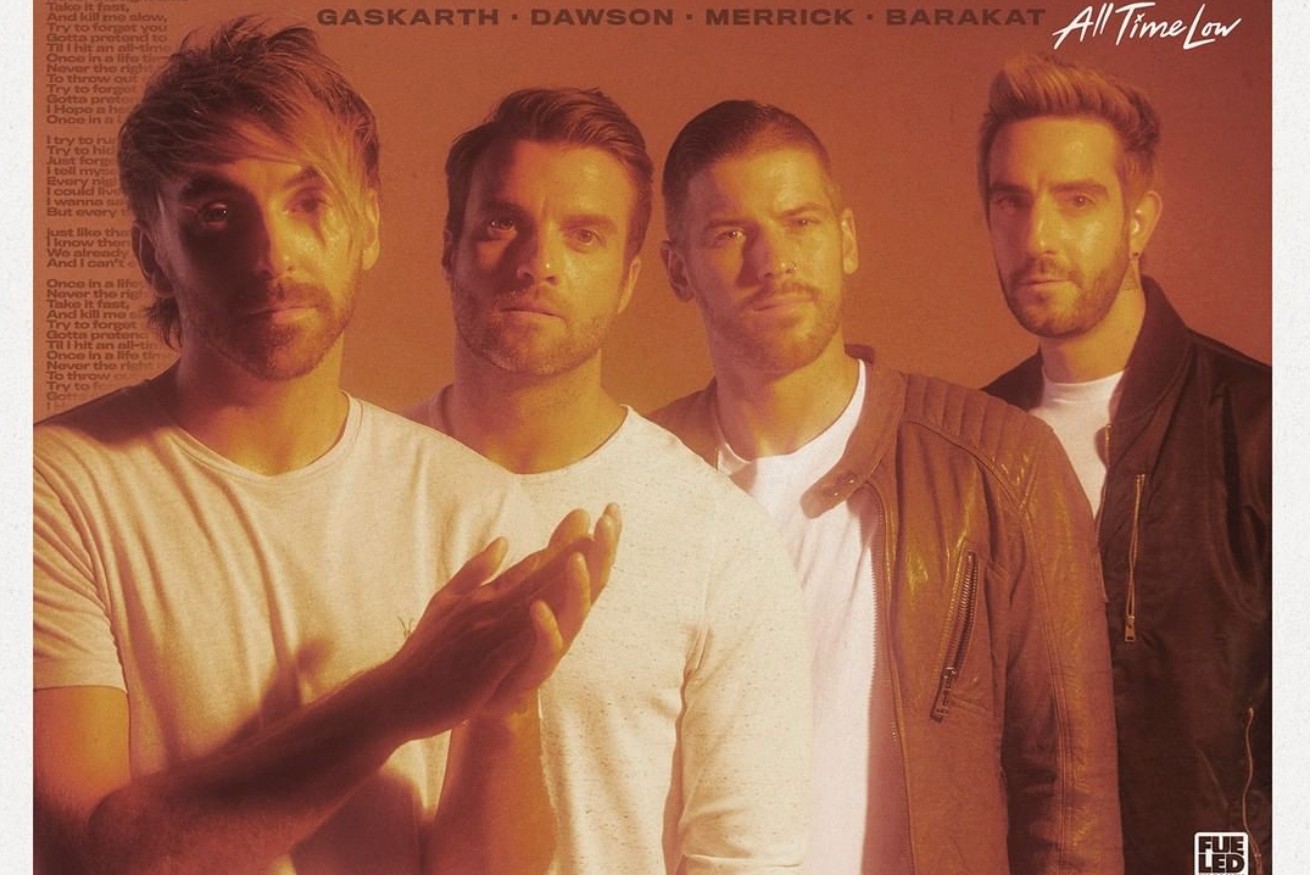 Everyone’s favorite pop-punk quartet is back and they’re at an all time high (we’re sorry, we had to). After an impressive and unprecedented year, All Time Low is back with a new single, “Once In A Lifetime.”

The Baltimore band had a crazier year than most in 2020, with their single “Monsters” dominating the charts for weeks. Then, their 2007 hit, “Dear Maria, Count Me In,” went viral on Tik Tok, showing that being an emo kid isn’t a phase.

The release of “Once In A Lifetime” comes in the wake of their successful last album, Wake Up, Sunshine. Some may expect a repeat of their “Monsters” formula to try and produce another easy No. 1 hit. However, ATL avoided the cash-grab route, and instead gave fans a song just begging to be played live. The strong drums and bass will just have to tide us over until shows return.

Lyrically, “Once In A Lifetime” is about the cynicism of making so many mistakes in life. It’s about trying, and hoping that mistakes only happen once. In the midst of the messiness of life, it’s about the lessons learned.

As a fun easter egg for fans, the band subtly name drops themselves in the middle of the chorus.  “Try to forget you / Gotta pretend to / Til I hit an all-time low.” We can practically hear fans screaming that line at the top of their lungs at shows.

If you somehow missed the All Time Low hype train for the past 15 years, it’s not too late to hop on. “Once In A Lifetime” has both old and new fans alike dancing their way through life. This song has just the right amount of energy needed to motivate everyone in these turbulent times.