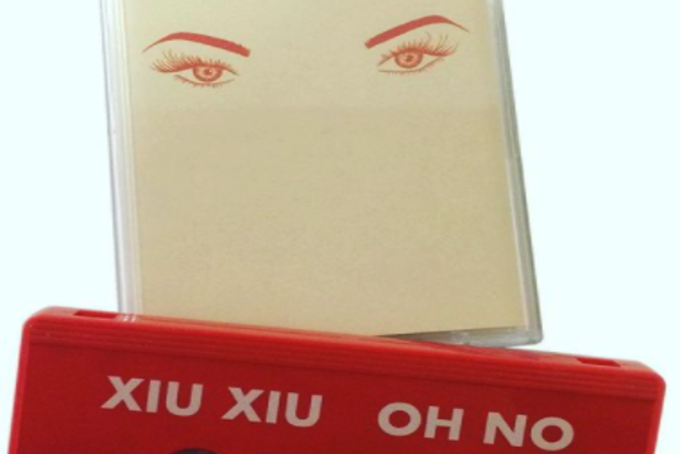 On the guests of the album, Stewart said

“The guest stars of Oh No reflect the types of people, and many of the very same, who helped remind me that the ratio of beautiful humans to shitty humans is more like 60/40 rather than what I have always assumed was 1/99… although there is an ‘I HATE PEOPLE’ pin on my guitar strap, I hate them less now.”

A new music video has been released, watch below, for the track “Sad Mezcalita” The visual piece of art includes a cameo from Van Etten and was directed by Xiu Xiu’s Angela Seo.

In a statement, Seo said that the spare, noir style of the video is a “tribute to the loss, crime, bleakness, dreams, and tensions” present within the song. Stewart added:

Angela said to me, “you never write love songs.” This song tried to do that and failed. To me, it became about how the fear of someone you love being killed or kidnapped or lost in the desert leads to a possessed certainty of those very fates. Wanting and needing and actually feeling love for someone when you know all along that it will end in the worst way imaginable. Sharon seemed like the only person I knew who could pull this conflict off without hesitation. The title is taken from a line in the Otis Redding song “I’ve Got Dreams to Remember,” which is a love song that did not fail in its intent, but is still sad.

Xiu Xiu’s “Sad Mezcalita” music video features black and white cuts of scenes that evoke deep sadness and abandonment for the viewer. The song overlaid the visual reminds you that during these dark times and moments, beauty and hope can still co-exist. Love cannot exist without fear.