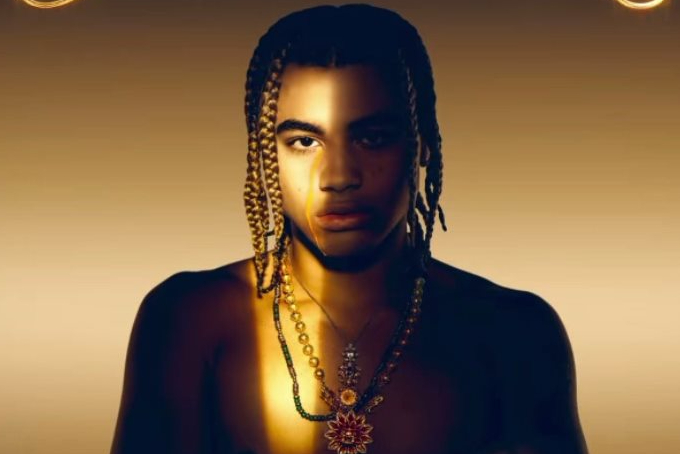 Well before turning 20-years-old, 24kGoldn blew up the internet with his summer single “Mood feat. Iann Dior,” last July. Just nine months later, the track is bringing up the rear of his debut album, El Dorado. Bolstered by features including DaBaby, Future and Swae Lee, the 36 minute, 13-track journey has the San Francisco native on course to break some records in categories pertaining to age and success.

woke up in the middle of the night like a kid excited for the first day of school. can’t believe el dorado is finally here

An exposé of Goldn’s illustrious vocal range and lyrical rolls, El Dorado is full of dreamy production and rhymes that will put your mind into a pretzel. Beat structure varies between calypso, interstellar and something out of an early-90s adventure film opening credits vibes. Buoyancy is aided by vocal ad-libs throughout, proving useful in bringing about a light and cheerful atmosphere even to tracks that don’t match that narrative lyrically.

Remaining vulnerable throughout, mood boosting tracks such as Orange County vibes laced “Outta Pocket,” “Breath Away” and the guitar laden “3, 2, 1” lean the vibe of the record toward more of a summery tone, which makes good sense as in most regions of North America we are crossing over into summer.

Previous to El Dorado, 24kGoldn released an über successful EP in 2019, which yielded his first mega-hit, “Valentino,” which has amassed over a quarter billion Spotify streams – his second most streamed track behind “Mood.” Having helped out on tracks by DVBBS, Blackbear and Clean Bandit, Golden has done great things industry wise. Should vaccine rollout remain on schedule, it won’t be a huge shock to see 24kGoldn become a summer festival stalwart.