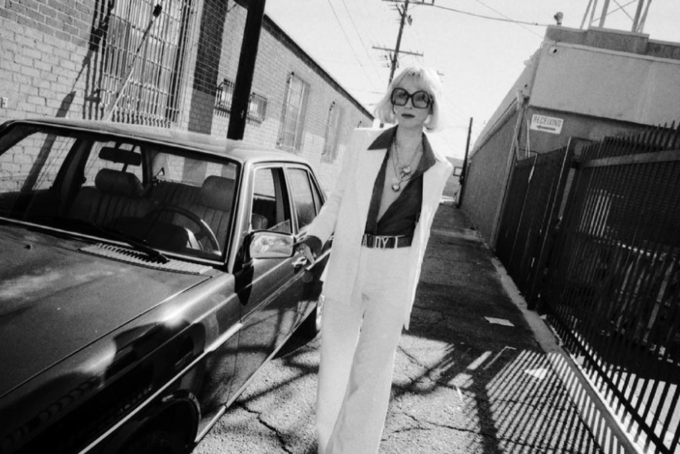 Annie Clark, more commonly known by her moniker St. Vincent, is one of those artists that always keeps you on your toes. As she ramps up for the release of her forthcoming studio album Daddy’s Home, Clark is maintaining her elusiveness, bending genre to her will as she explores the vibrance of 70s rock. While the record’s lead single ‘Pay Your Way In Pain’ was claustrophobic and challenging, the second cut from the upcoming LP arrives in a more chill wave of glamour.

While her previous album, Masseduction, offered streamlined 80s synths, the still-evolving sound of Daddy’s Home relinquishes the controlled precision for a vibrant hodge-podge of sounds and themes. Clark has seemingly nailed her vision of a “fluid and wiggly” record, with the latest track “The Melting of the Sun” taking us on an acid trip through the 70s. The cut is certainly less experimental than “Pay Your Way in Pain,” delivering a trippy piece of psychedelic rock calling back to tracks like David Bowie’s “Starman,” and The Rocky Horror Picture Show’s “Science Fiction/Double Feature.”

Like “Science Fiction/Double Feature,” Clark explores legends of her genre. Where ‘Science Fiction/Double Feature’ paid dues to Flash Gordon, Jannette Scott and King Kong, Clark sings of Pink Floyd, Joni Mitchell and Marilyn Monroe: “Saint Joni ain’t no phony // Smoking reds where Furry sang the blues // My Marilyn shot her heroin // ‘Hell,’ she said, ‘It’s better than abuse’.” Sonically, “The Melting of the Sun” is all funk-rock, with twangy guitars, epic meandering drums and soulful backing vocals. The track is much more of slow-burn than its predeccesor, but it pays off in all its 70s glam.

The track’s visuals is also reminiscent of “Science Fiction/Double Feature,” with Clark’s face superimposed on a trippy, psychedelic sun lazily delivering the words to the track.

Annie Clark has long proven that she is unpredictable, so while Daddy’s Home may very well be all 70s, be prepared for it to be a wild ride. However, with tracks as good as
“Pay Your Way In Pain” and “The Melting of the Sun,” it should be one of the most enjoyable rides of the year.