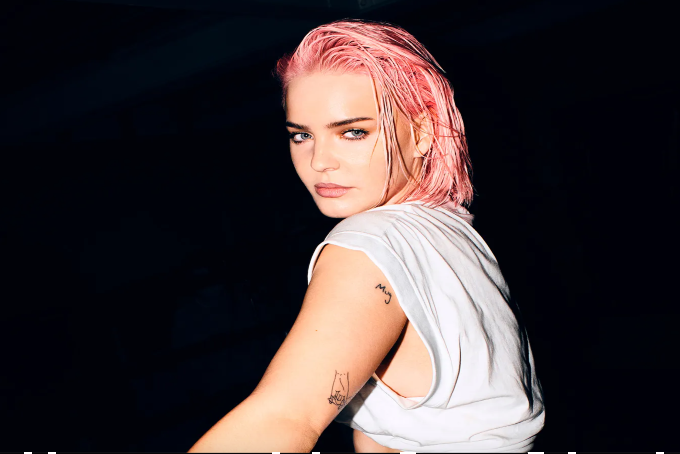 Spoiler alert: yes she can. Singer-songwriter Anne-Marie can bake scones with James McAvoy on The Great Celebrity Bake Off, coach budding artists on Season 10 of The Voice UK and film a documentary about her life as a pop star. And in addition to her hits like “Rockabye” and “To Be Young” (featuring Doja Cat), Anne-Marie has covered hits from artists of all genres.

To celebrate, take a look at the singer’s three best covers.

Harry Styles has everyone craving the sweet summer fruit and some fun in the sun, including Anne-Marie. In her cover of Styles’ 2019 single, Anne-Marie really gives in to the fun, campy vibes of “Watermelon Sugar.” She adds some flair with fun hand movements. She proves that she can create a full and captivating performance, despite hardly moving. In this cover, she also showcased her ability to transition seamlessly from her head voice to her chest voice while singing.

Norwegian singer Sigrid‘s Don’t Kill My Vibe, not to be confused with the Kendrick Lamar track by a similar name, is a musically complex song to cover. Anne-Marie rises to the challenge, covering the song with ease and adding a little bit of her own personal flair to it. She has the ability to fully immerse herself in the song, creating a world that leaves her listeners wanting more. Anne-Marie isn’t afraid to dive into the non-verbal ad-libs that help make the song what it is. She gives her all to the “mhmms” and “oohs” that help give the song its cool vibe.

There’s something magnetic about Anne-Marie’s cover of the iconic Ariana Grande song. It seems about 6 million people (and YouTube viewers) feel the same way. Anne-Marie knew how to approach this song with the skill of a trained singer, easily hitting the same high notes and giving Ari’s range a run for its money.