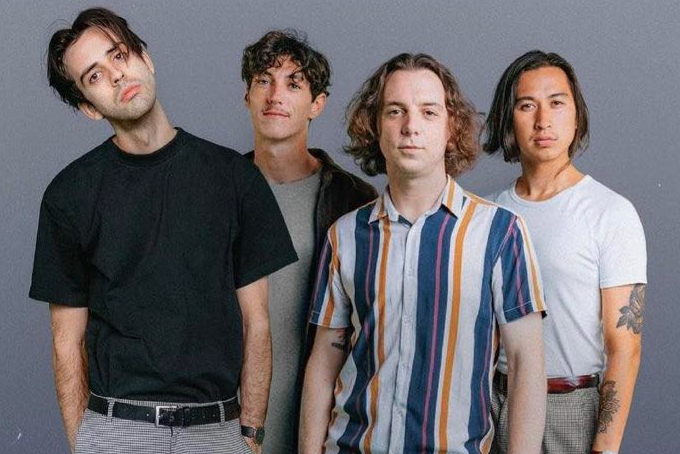 Aussie punk rockers With Confidence are back! The group dropped their first original content in about two years, titled “Big Cat Judgement Day.” On the heels of the band announcing the conversion of touring guitarist Scotty Mac to full time band member, the track is a terrific return to the fold for one of the most consistent pop-punk bands of the last ten years.

Chaotic and haphazard in nature, the track is pop-y with a little punk mixed in, differing in style from earlier With Confidence releases. Singing of what it would be like if big cats took humans place in the “If we suddenly expired // Would it get some peace and quiet? // Would streets just fill with tigers // Like some big cat judgement day? Runaway!” It’s a safe assumption that the track is an indirect homage to the beginning of Covid-19 lockdown with the population largely stuck indoors watching the hit Netflix documentary Tiger King, which chronicles the shady dealings of a Oklahoma exotic animal petting zoo.

For new guitarist Scotty Mac, “Big Cat Judgement Day” serves as his debut With Confidence track. “What a week it’s been. Thank you for all the lovely words and warm welcome. We’ve only just begun xx” said Mac of the track, and his warm welcome into the band from fans.

In regard to sonic topography, we are treated to smooth whistling that opens the song, integrating itself into the other instrumentation it is met with out of the intro. Guitar and tambourine shroud sugar sweet tones provided by front-man Jayden Seeley, who’s vocal performance appears rested and recharged, which makes sense – the last live show With Confidence played was in December 2019.

The track performed well, racking up 180,000 Spotify streams across its opening week. Promotionally, the band released an official merchandise line for the single, featuring hoodies and shirts.