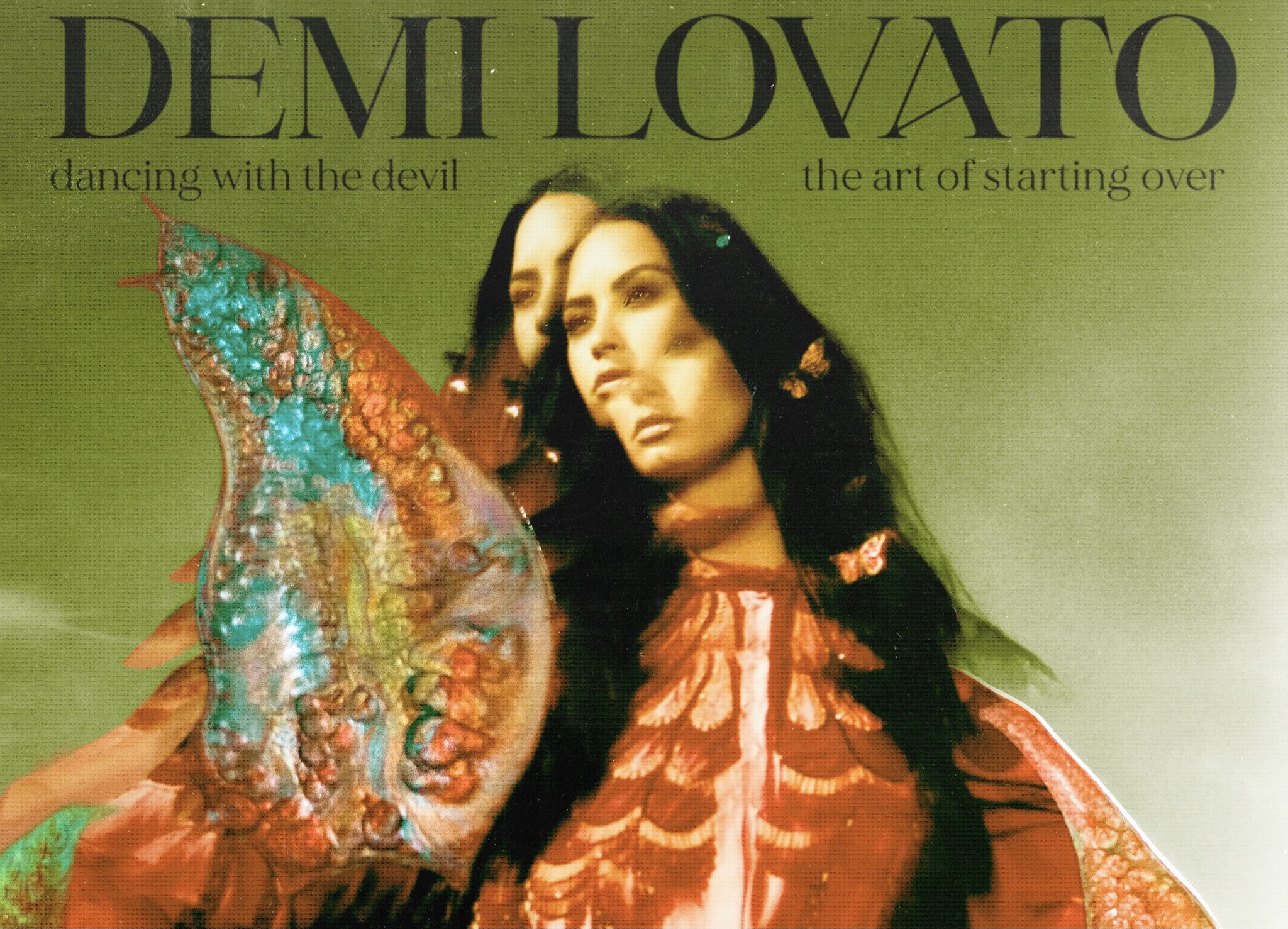 Demi Lovato has been to hell and back. The 28-year-old pop star openly shares her struggles with mental illness and addiction with fans, but when she had a nearly fatal overdose in July 2018, she took a step back from the spotlight. Now, Demi is once again sharing her story in grave detail through her new album Dancing With The Devil…The Art of Starting Over.

Throughout the album, she unapologetically opens up about her past. While Lovato showed her vulnerable side on previous albums, but this time something is different. Through her lyrics, she is taking accountability for her mistakes and is attempting to “shed the skin of her past.”

The album is split up into two parts: “Dancing with the Devil” and “The Art of Starting Over.” Part one serves as a prologue and contains just three songs. The first track “Anyone” is a heart-wrenching ballad that serves as a cry for help as it which was recorded in one take shortly before her overdose. “Dancing with the Devil” is a dark-pop track that recounts the night of her overdose in detail. Finally, “ICU (Madison’s Lullaby)” is a love song to her younger sister, Madison. It’s reportedly based on the moment when Demi woke up in the ICU and could not recognize her own sister.

A 27-second spoken word intro leads into “The Art of Starting Over,” which sets the tone for the rest of the album. The upbeat pop track “Melon Cake” shares how controlled she felt by her old management team and how she is finally free. “California Sober” explores her newfound way of managing her addiction, which takes a moderation approach over complete abstinence from all substances. “The Kind Of Lover I Am” is a light-pop song that shares her comfort with her own sexuality and being openly pansexual.

Some tracks, such as “Easy (with Noah Cyrus),” “The Way You Don’t Look At Me,” and “15 Minutes” share stories of past heartbreak, but still manage to feel optimistic. Dark trap-pop song “Met Him Last Night (feat. Ariana Grande)” shares the story of her toxic relationship with the drug dealer that supplied her with the drugs that nearly killed her. Grande actually wrote the song with Lovato in mind, so the collaboration is a perfect pairing.

After playing through the album, the intentional split seems to symbolize two narratives: the story of Demi’s past, and the beginning of moving on and starting fresh. Despite Lovato’s hard times, she has managed to create an album of honesty and autonomy; she is ready to be transparent with everyone, but most importantly herself. This album feels like Demi taking back the power and writing her own narrative, and we’re so proud.

One thought on “Demi Lovato Is Dancing With The Devil”