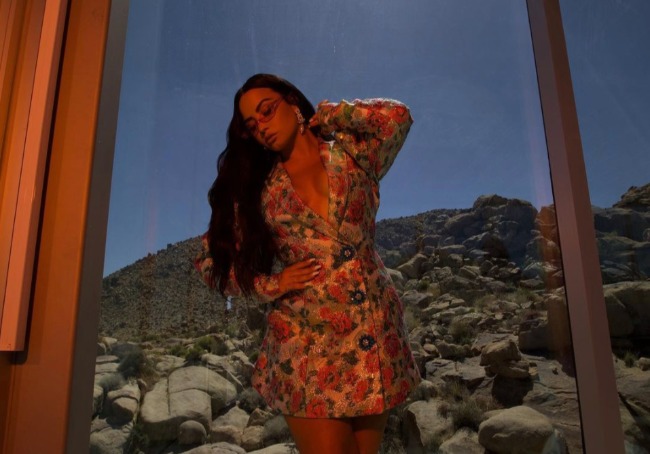 Demi Lovato is feeling survivor’s guilt in the wake of the death of DMX. Like many, she was shocked and saddened by the death of the critically acclaimed rapper on Friday.

Throughout his long and influential career, DMX struggled with drug addiction despite multiple stints in rehabilitation facilities. After suffering a heart attack, which some believe to be caused by an overdose, the rapper went into a coma and was unable to be revived. This news greatly affected Demi Lovato; she has publicly struggled with addiction for many years and overdosed in 2019. Thankfully, she is alive and well today, but not without struggle.

The “Dancing with the Devil” singer revealed in her YouTube documentary that she suffered two strokes and a heart attack in the wake of her overdose, and can no longer drive a car because of vision problems.

In an interview with TMZ Live, Lovato spoke at length about her reaction to DMX’s death following his overdose. “Anytime that I see somebody OD or even pass away that’s in the public eye, I immediately think, ‘That could’ve been you had you not been putting all this work in the last couple of years of your life.’ There are times where I’ve even talked about feeling survivor’s guilt because you do ask yourself, ‘Why am I still here, and why are others not?’ Every day that I’m here on this earth is a day that I need to be counting my blessings for and just being appreciative and grateful for. It makes me want to live the best life I can possibly live knowing that others didn’t get the same chance that I did.”

Lovato’s brand new album, Dancing With The Devil…The Art of Starting Over, just released last week, debuted at No. 2 on the Billboard 200. The album is critically acclaimed. It is essentially a story of Lovato’s life post overdose; many songs touch on her addiction, her love life, and her current “California sober” status.

You can watch Lovato’s full interview with TMZ Live here.