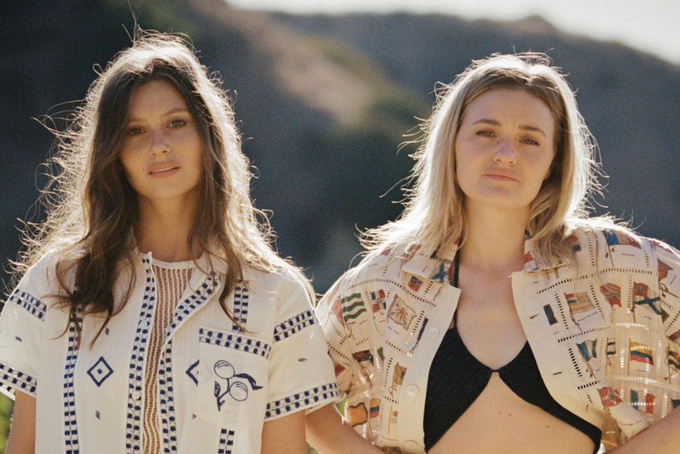 Not many artists can say they have been churning out some of the finest pop songs for over 15 years. However, that is a humble brag that sister duo Aly & AJ have. From the tracks like 2005’s “Chemicals React” to their now signature “Potential Break-up Song” to dreamy sounds of their comeback like ‘Church’ and ‘I Know’, they have explored so many corners of pop. On their forthcoming LP, A Touch of the Beat Gets You Up on Your Feet Gets You Out and Then Into The Sun (their first full-length in over a decade), they have gone for a more folk-pop sound, channelling elements of 70s Americana and rock. However, on “Symptom of Your Touch,” they return to the lush comforts of synth-pop.

Similar to previous releases like 2019’s “Church,” Aly & AJ take synth-pop seriously, contrasting the bright production, with darker lyricism, exploring longing and fear. Here, the duo explore the idea of pain as pleasure, pondering the feeling of doing something wrong that feels so right, capturing the feeling of not being able to walk away from love even when you know it is bad for you: “If you’re asking me for closure // Don’t expect it to happen when I lose my composure,” they sing, “If it feels so good // Why does it hurt so much?”

The album’s other singles “Slow Dancing” and “Pretty Places” built themselves on a folk-rock sound, pulling influence from legends like Fleetwood Mac, while incorporating the duo’s defining pop melodies. Instead, “Symptom of Your Touch” builds itself up around neon synths and rolling drum-beats, building and building before exploding into a big, euphoric post chorus, matching the lyrical content brilliantly.

With “Symptom of Your Touch,” Aly & AJ once again prove their ability to explore pop without compromising their message. It’s wonderfully lush and bright, while diving into universal issues of being human. However, as we come closer to the release of their first record in over 10 years, “Symptom of Your Touch” proves that the duo are capable of delivering a strong, diverse sonic landscape without losing hold of their unique brilliance.