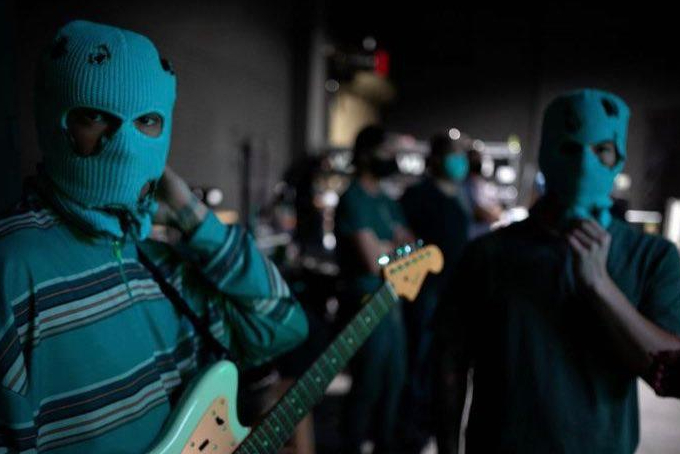 Twenty One Pilots are back! The Ohio duo dropped their first non-Christmas related material in a year, titled “Shy Away”. Along with the track came the announcement of their sixth studio album, Scaled and Icy – the eleven track experience is penned in for release on May 21. “Shy Away” will serve as number three on the track list. Scaled and Icy has a tough act to follow, with Twenty One Pilots’ three previous records being certified platinum. That said, if “Shy Away” is any indication of what is to come for Josh Dun and Tyler Joseph, that shouldn’t be a problem.

Opening on an interstellar synth beat that is met by a sound Joseph’s one-year-old daughter made while he was recording part of the track in the same room as her. The sound makes multiple appearances throughout the song’s duration. “You’ll hear this little baby cooing noise and it’s actually because, when I was first working on the song, she was in the room with me.” said Joseph of the accidental accompaniment.

Singing of launching oneself and going for something, Joseph sings of advising his younger brother, Jay, on pursuing music. “Shed your modesty // And the only thing to leave behind // Is your own skin on the floor” is an interesting line, considering the cover art for the single brandishes a dragon, who could potentially shed its skin.

“Don’t you shy away // Manifest a ceiling // When you shy away // Searchin’ for that feelin’” Joseph goes on in the chorus, singing of the endorphin releases experienced during the creative process.

Promotionally, Twenty One Pilots announced they will be performing a livestream concert on May 21 to mark Scaled and Icy’s release. The track crushed it, racking up 9 millions streams over the weekend, coupled with 9 million music video views.