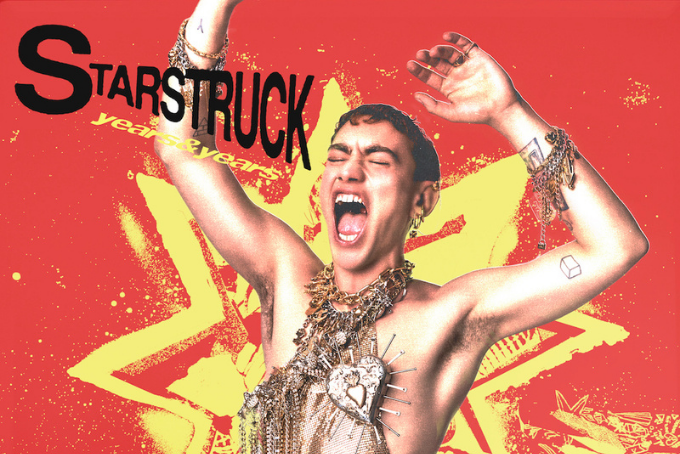 As Years & Years, Olly Alexander has become one of the world’s most trailblazing modern pop stars. After a brief musical hiatus, Years & Years is finally back with “Starstruck” and it’s every bit the triumphant return we knew it would be.

“Starstruck” is the first Years & Years music since 2018’s beloved Palo Santo album. It follows hot on the heels of Alexander’s leading role in the critically acclaimed HBO Max show It’s A Sin. It’s an irresistible pop anthem about human connection and the cosmos. We wouldn’t expect anything less from the multi-talented star. Directed by Fred Rowson and choreographed by Sherrie Silver (Childish Gambino‘s “This Is America”), the music video is a lighthearted delight.

🌟STARSTRUCK🌟 official music video is out now !!!! i hope u love it as much as i do 🥺💛 https://t.co/xpI4UX2Jmr pic.twitter.com/p8JlMFtCl2

As is the case with most pop songs, lyrical inspiration can be found directly in the title. “[‘Starstruck’] came together one night at a studio in the countryside outside of London. I couldn’t remember the last time I’d seen so many stars. You get used to them not being there when you live in the city,” says Alexander.

“‘Starstruck’ is about the rush you get when you’re with somebody you’re really into. It’s about holding onto a good feeling and not letting it go. Like most of us, I’ve spent the past year at home and I wanted to create something super positive and fun for people (and myself) to bop along too. Whatever we’re doing or wherever we are in life, I think we all deserve three minutes of interstellar ecstasy.”

Currently hard at work on more new music, Years & Years continues to push boundaries by challenging notions of identity and sexuality in the pop industry. Needless to say, we can wait to hear what he has in store for his next album. Watch the music video for “Starstruck” below.