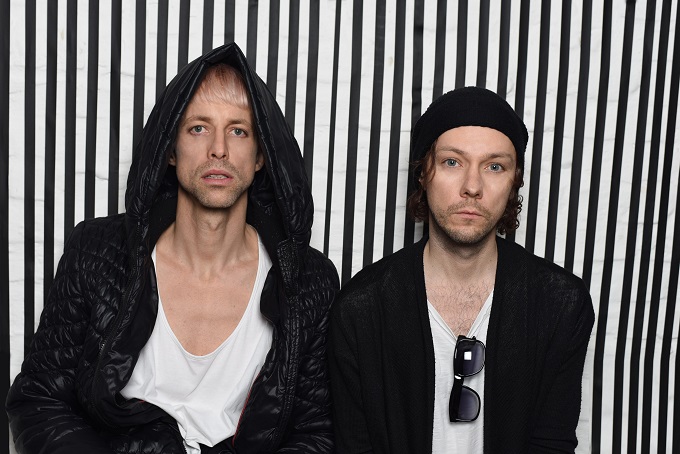 Few feelings compare to finding a new band through your favorite movie or TV show. If you have watched Game of Thrones or The Killing, you’ve probably listened to Berlin-based band LOSERS. In 2007, multi-instrumentalist Tom Bellamy, DJ Eddy Temple-Morris, and guitarist Paul Mullen formed LOSERS. Ever since, they have enjoyed great success and have released four studio albums.

Their 2016 album, How to Ruin Other People’s Futures, was critically acclaimed. However, around that period, the band went through a difficult process. Nevertheless, they overcame the difficulties and came back stronger than ever. To prove it, their latest single, “Lost in Translation,” is a captivating track that stands out in the band’s catalog.

Diving into an isolated and divisive state of mind, many listeners will be able to see themselves in the lyrics. But there’s no darkness if there’s no light. “Lost in Translation” also offers a glimpse of hope in the outro. Along with the track, LOSERS released a mesmerizing lyric video. The perfectly synced video shows the same confusion and optimism that are present in the song.

This week, we got to interview Tom Bellamy, who provided insight on “Lost in Translation,” talked about songwriting, and shared LOSERS’ exciting upcoming projects with us. Read our interview below.

The production in “Lost in Translation” is fascinating; it really brings the track to life. How did you decide on what you wanted the song to sound like?

I was actually too engrossed in the creative process to be objective about the production. I had written a bunch of words, which I was really proud of, and I had the sentiment nailed; I just couldn’t put my finger on how to connect it musically. I played four different versions to the guys, and both Eddy and Paul knew straight away which was to be the definitive version.

“Lost in Translation” is essentially a track about isolation and confusion. We could relate it to the beginning of the COVID-19 pandemic and the lockdown, but what other aspects in your life influenced the making of this song?

I have always felt outside of the pack, like I was talking a different language, like I was part of a huge crowd of people who were all walking in the opposite direction. I guess I was writing it in the hope that people would connect to it and it wouldn’t make me feel so incongruous. It’s a song about wanting to regroup, find new ways, create new communities, and ignore the mainstream. It’s anti-nationalism and anything that makes us feel like we are separate from one another.

One of my favorite parts of “Lost in Translation” is the feeling of hope it evokes at the end; I think it’s something that we all need in uncertain times. How did it feel to stray from your usual “dark” songs and bring something new to the table?

The lyrics to “Lost in Translation” were written in two chunks, the first section and then the outro. I guess the first half of the song was dwelling on how I used to feel. It’s the part of the song that is stuck in its own head, listening to the negative feedback loop, thinking the worst, and wanting to fix everything but not knowing how; wanting to be in control. After writing the first half of this song, I began a huge journey of self-discovery. Things started to feel lighter after opening myself up to new ways of thinking. It didn’t feel like straying from the dark but rather I was being attracted to the light. It felt amazing. It burst into the room and luckily I was able to capture it.

How was it like working with Euan McGrath for the “Lost in Translation” lyric video?

Euan is a new member of the ever-evolving LOSERS lineup. We felt that it was really important to have our music represented visually going forward, and Euan seemed to just drop from the sky at the right moment. We had a talk about the themes in the song, the isolation and confusion, and I suggested that we mirror this feeling to give a sense of polarization which the song talks about. We all loved what Euan delivered straight away.

What do you think is the most important part of the songwriting process?

There are two essential parts for me. The first is being able to react quickly enough to record a moment of inspiration and to not slow down a flow that could lead to the essence of a song being realized in a matter of hours. This basically comes down to being technically proficient and knowing your tools. The second is having the patience to finish off an idea that wasn’t fully realized. More often than not, an idea is left half-finished and it takes great perseverance and patience to fine-tune a song and to get it to a place where it is connecting. Some of our new songs were ideas that were started years ago!

The music world was one of the most affected by COVID-19. Was there a moment in which you thought “maybe we won’t be able to make another record if things stay like this”?

If anything, Covid was a time for us to take a step back and reconnect to ourselves. We didn’t write much at all during lockdown but it wasn’t a moment of creative crisis, it was just a long-overdue pause. There will always be opportunities to make more records and we are lucky in that even if a pandemic comes along, this band will keep trucking and continue to be inspired. Lots of amazing things have been born out of this time. Maybe not musically, but structurally we have had to reinvent ourselves and that’s been really refreshing.

You’ve been making music for over 10 years. What is the biggest lesson you have learned after being in the music scene all this time?

At the end of the day, if you’re making music, you have to make music for yourself. If you try to please other people then you’ve lost. I know I’m onto something good when I’m either bouncing off the walls on my own or close to tears. It means that I’ve tapped into a place in myself that was once shut off and I’ve created something that has the ability to release that emotion. If it has that effect on you, then there’s a chance it will do the same with other people.

When did you realize that you wanted to become a musician?

I started playing the trumpet by accident when I was 10 because my best friend at the time put his hand up when the trumpet teacher came to our class and asked if anybody wanted to learn the trumpet. I loved learning to play, but a few years later I realized guitars and drums were more my thing. I could express myself way better that way. And then one day, aged 14, I found myself at Reading Festival and my mind was blown forever.

What piece of advice could you give to any aspiring musicians out there?

Be yourself. There is nothing more important. The best artists and bands are inimitable. Tell your story, and you will be interesting.

Who are your biggest musical influences or who would you like to collaborate with?

I listen to so many different genres of music I wouldn’t know where to start. Yesterday, I was listening to some music from the 1920s. The day before, I was writing a jungle beat for a new live version of one of our tracks from our third album, which is an industrial rock record. “Lost In Translation” is a retro/indie-pop ballad, which was inspired by Father John Misty, Scott Walker and The Beach Boys. I grew up listening to The Beatles, The Mamas & The Papas, Led Zeppelin and Jimi Hendrix before being bowled over by Nirvana, Pearl Jam and Soundgarden, and then Oasis and Blur. My favorite records of the last decade are the first SBTRKT record and the Totally Enormous Extinct Dinosaurs record. I would love to collaborate with either of those guys.

Your cover of “Shout” by Tears for Fears is fascinating. What does it feel like to have your music featured on TV shows, movies, and video games?

I feel honored to have our music shared to so many people via TV shows like A Discovery of Witches, The Blacklist or Game Of Thrones. It’s all a bit surreal for me as I don’t watch any of the shows. I guess music supervisors seem to think that our music works well synced to epic TV shows! It was never intended that way, it just worked and we’re all incredibly grateful to have had these collaborations.

You’re planning a very busy 2021. What are you most excited about this year? Can you anticipate any of your future projects to us?

2021 is already incredibly busy for us. We will be releasing a song every 6 weeks now. With each song, there will be a video, live version, studio webinar, stems for remixing, playlists, and anything else that we can squeeze in there. It’s a new way of working and releasing music so we’re all really excited about the process. We’re working with a new social gaming platform called Decentraland to release a lot of this, and as part of that, we’re learning more and more about the amazing opportunities that lie ahead for artists looking to utilize the technology of the blockchain, the tech behind cryptocurrency. It’s never been more exciting to be an independent musician.