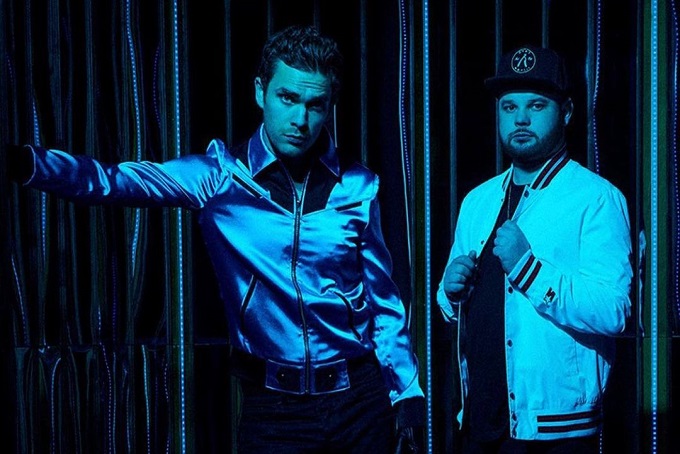 On April 13, Royal Blood released a music video for “Boilermaker,” the fourth single off their long-awaited album Typhoons. Previously, the band had played the song live during their 2019 tour. It instantly became a fan favorite, despite not having a studio version.

Regarding the collab, Kerr told Upset Magazine, “I had ‘Boilermaker’ up my sleeve, and it felt like a very natural decision to go and cut that track at his studio. Josh is such a strong-willed character. He gave us such confidence in ourselves.”

Just like previous singles “Trouble’s Coming” and “Typhoons,” “Boilermaker” touches on Mike’s struggles with addiction. Kerr took to Twitter to explain that a boilermaker is “a shot of whisky followed immediately by a glass of beer as a chaser.” Then, he described the song as a written report “from the front line of [his] own self-destruction. Chasing all things toxic no matter how grotesque the combination.”

Obviously, a great song needs great visuals. Writer, director, and musician Liam Lynch was in charge of creating — and starring in — the intriguing music video for “Boilermaker.” Accompanied by visual effects, Lynch creepily walks towards the camera to the beat of the track.

New music video I made for @royalblooduk . Song produced by Josh Homme of @qotsa . Video made by and starring myself. Thanks to the band, management, and label for the trust and total freedom in making my weird vision for the track. https://t.co/LO9LhE5ih7

Overall, the music video has an eerie vibe, and it is rather symbolic. Illustrating the vicious cycle of addiction, “Boilermaker” starts with Lynch crawling out of a grave — that he dug himself — only to return to it at the end of the video.

Moreover, Lynch’s head changes into different shapes, including a mixer in order to match the lyrics “head like a cocktail shaker.” It also changes into a rabbit, which could be a reference to the band’s “How Did We Get so Dark?” and “Out of the Black” music videos.

We dare to say that parts of the video are inspired by the early Mortal Kombat videogames. In one scene, Lynch seems to be doing forced labor in hell, and the animation truly resembles the motion-capture technique used in the games. Whether Lynch took inspiration from Mortal Kombat or not, he surely knows how to make a music video! You can watch the hilarious making of the “Boilermaker” video here.