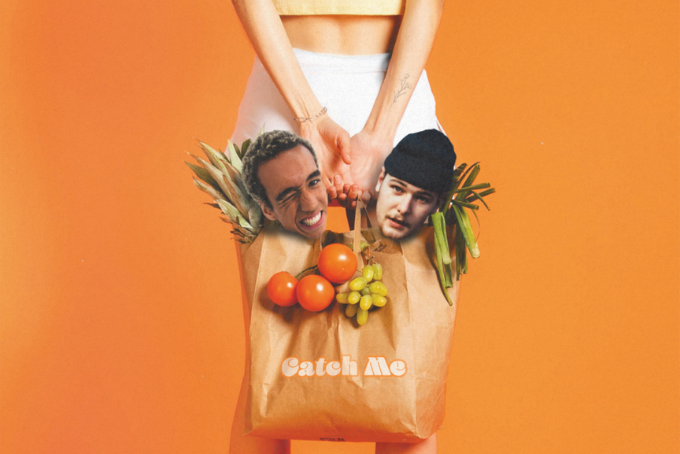 WizTheMc has been on our radars since his breakout single, “For a Minute“, skyrocketed on social media last year. After releasing an EP in the fall, the musician is back with an unexpected collaboration. Featuring a guest verse by popular German rapper Majan, “Catch Me” is the first bilingual track from Wiz and it’s an undeniable hit.

Born in South Africa, raised in Germany, and currently based in Canada, Wiz’s music explores the many ways in which language affects our interpersonal communication. Given that they’re both native German speakers, Wiz and Majan are a match made in music heaven. The pair met at a show in Hamburg and a few weeks later they were in the studio together. “Catch Me” was the result of their labor, though it was shelved for two years before its official release.

With “Catch Me’s” bilingual message, Wiz continues his journey. His goal is to bridge the gap between the two linguistic cultures he has called home. “‘Catch Me’ is such a special song to me,” Wiz says. “Not only because I was a huge fan of Majan before we even got in the studio. But also because this song marks a moment in time where I realized I’m really doing this whole music thing. I’m super excited to release a song where someone raps in German since I’m from Germany and lived there most of my life.”

Wiz’s goal now is to showcase his abilities in full, and he intends to change how people think about what a rapper can be. “I started rapping on Tyga beats and now I’m making pop songs and still staying authentic. I want to have a catalog where any person in the world could find at least one song to connect to on an emotional and musical level.”

You can listen to the irresistible “Catch Me” below.