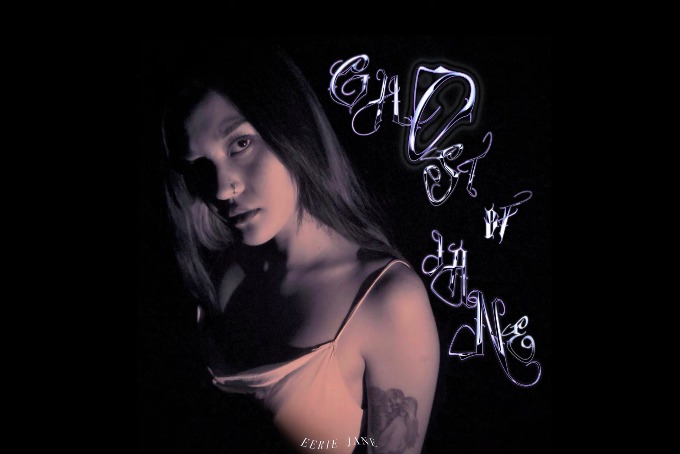 LA-based indie-grunge artist Eerie Jane has released a trio of singles to all platforms, after their stunning success on SoundCloud. These singles, including a quarantine confessional which had previously reached 30,000 streams, are a testament to Jane’s skill as an artist and a window into who they are as an individual.

Because the singles were written between 2018 and 2020, they present the listener with a door to Jane’s past and remind Jane who they were and how they were felt at that time. As a result, listening to these songs feels intimate, like an older sibling telling you stories about a time you were too young to remember.

Perhaps the most obvious source of worn-in warmth in Jane’s production style is the vocal processing. The grain and texture that is achieved through (what seems to be) saturation and vocal doubling emphasize the best qualities of their vocals. Because they sing with captivating tenderness and emotion, the result is whispy yet lush, like burnout patterns on a velvet sweater.

In addition to the presentation of the vocals, the genre of the music also lends itself to the intimate and nostalgic feel. The grunge scene had an explosive heyday in the 90s, and then fell apart in mainstream audiences soon after. While the scene still has a vast cult following and some of the original artists even make music to this day, the majority of music listeners will associate grunge music with this very specific era.

Folks who remember the 90s will often be transported back there when they listen to music with grunge influences, even if it is a recent release. For many early grunge listeners, this can evoke a childlike sentimentality. Furthermore, intimacy is essential to grunge music, as the lyrics of this and other 90s genres were often deeply personal and candid.

Eerie Jane draws on these familiar grunge elements subtly and effectively, without creating something overdone or unoriginal. Many artists inspired by the grunge movement make music that feels diluted; Jane, however, understands the genre so well that they have made it their own. Right at home in their niche, they believe that “grunge is always the way to go; grunge is pure.”

That being said, Jane does not confine themself to one genre; the single “Stick” is an example of their willingness to go outside of their comfort zone and create something intentional and effortful. According to Jane, the desire to write a lo-fi bedroom track led to over two months of writing and recording, which is a definite change from their usual method of writing when vulnerable to ensure that “the right message and emotions just come out.”

While “Stick” demonstrates great range, Eerie Jane fans seem to gravitate much more towards “House Arrest”, the aforementioned quarantine confessional that flourished among SoundCloud audiences. This track is certainly the gloomiest of the singles, featuring the poignant lyric “I might just die on the safer side”. The vocal delivery here sounds almost morose, which is appropriate for a song Jane wrote while alone and “severely depressed” during 2020.

As a contrast to the darker sound and meaning of “House Arrest”, “Me, Myself, & I” expertly weaves a more optimistic and comforting sentiment with a grungy composition and production style. Harmonies that dig into the melody with a welcome dissonance maintain Jane’s style without overshadowing the joy of the lyrics. I’d recommend listeners to queue this song last, because it resolves with such a soft warmth.

Despite the dark and melancholic tones often present in Jane’s music, the artist maintains that they can “feel happiness again, even though at times it feels like it’s impossible.” If nothing else, listening to Eerie Jane will make you feel less alone, no matter where you are.