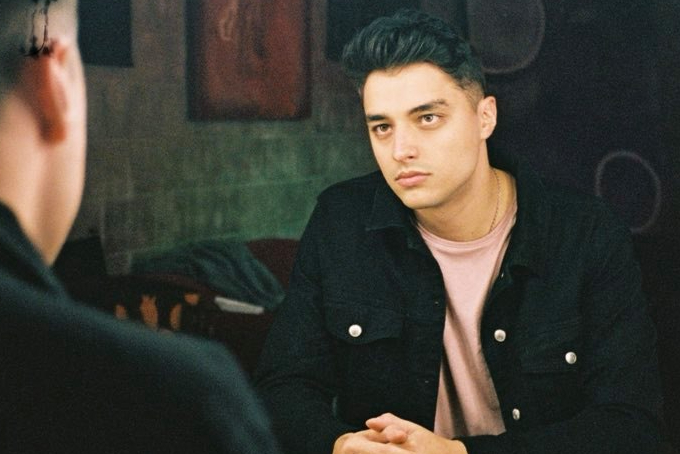 During this year that has been devoid of live shows, Joey Burbs has been cooking up new music at an absolutely furious rate. Preceded by smash singles “Day Job” and “Rooftops,” Burbs teamed up with Nashville singer/rapper Abstract for his fifth track of the year, “Linger On.” Abstract, a.k.a Luke Terkovich, has also been busy this year, with “Linger On” representing his sixth single of 2021.

This isn’t the first time the pair has linked up for a co-release, with Burbs appearing on “Healing Interlude,” track number 13 on Abstract’s fourth studio album this past summer, Kintsugi.

1st time I met @TheTrueAbstract was when I opened for him on his national tour in 2018. Since then, we've collaborated on a ton of things behind the scenes and become really good friends. I'm so glad we have a song together finally, and I'm so proud of how this record turned out.

Opening on smooth guitar, the track sees Burbs detail a bygone relationship and how the feeling remains, despite the union’s cessation. “I’ve been moving on ’cause I know it was wrong but // Something keeps on pulling me back // Devil on my doorstep asks if I need more yet / Selling what was left in the past // All these lies I tell my mind just to keep a spark alive // Even though the moments gone I let it linger on”. Ever-present vocal growth for Burbs is clear, his pitch control is on point, with his signature non-verbal improv adding to the fabric of the duration.

Down the stretch, Abstract lays down a drill rap-esque breakdown that would knock Pop Smoke off his feet. “You play your love like casinos, I need that fix like a needle / Even though it’s toxic I’m addicted to the pain // You got this way with the way that you bring me down to my lowest // Then give me something just to keep me in your game,” he spits, equating the other party’s presence to a drug. “Young, well off and I’m famous // Quick way up how they paint us // What’s the real motive it get dangerous // Messing with the sexy young and brainless,” Abstract ends his verse talking about the young musician types are pained by society.

The track flew out of the gate, racking up 23k Spotify streams over its debut weekend. The track was also featured on noted hip-hop promo Youtube channel SwagyTracks.