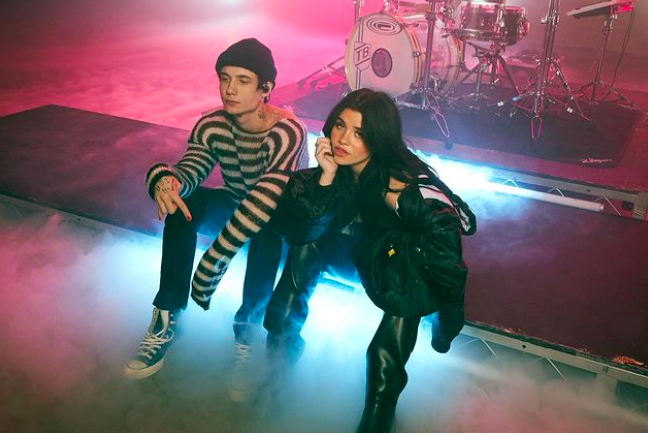 The social media platform known as TikTok has taken the world by storm and has now worked its way to taking over the music industry too. TikTok has made it incredibly easy for songs to quickly go viral and land on the charts. The app has even managed to make songs from decades ago like Fleetwood Mac’s “Dreams” chart again with its viral trends. Record labels now tend to use TikTok to their advantage when it comes to promoting new songs and artists because of how easy it is to go viral on the platform. Labels will oftentimes recruit influencers on the app to use certain songs in order to spark trends and promote streams for their artists .

Some of the bigger influencers from the app have even proceeded to start making music of their own. From being known previously as simply just TikTok influencers, people like Jaden Hossler (Jxdn), Nessa Barrett, Dixie D’Amelio, Addison Rae, and Chase Hudson (LILHUDDY) have now quickly worked their way into the music industry. TikTok has made it possible for these new artist to quickly have chart topping songs, performances on television programs and appearances on award shows. Many of them also already have some pretty big collaborations under their belt as well. For example, Dixie had blackbear hop on her debut single “Be Happy” which gained millions of streams. Jxdn who is signed to Travis Barker’s label DTA has collaborated with another one of Barkers collaborators Machine Gun Kelly. Barker has collaborated with Jxdn as well and even produced the debut album Tell Me About Tomorrow. Jxdn is already on a handful of festival lineups, going on tour with MGK and has a headlining tour of his own within the next year.

TikTok’s crazy algorithm has made it possible for almost anyone to go viral in record timing. To say the app changed the music industry is an understatement. Several up and coming artist that got their start on TikTok are on their way to becoming major players in the music world and are changing the game forever.

2 thoughts on “How TikTok Has Changed The Music Industry Forever”