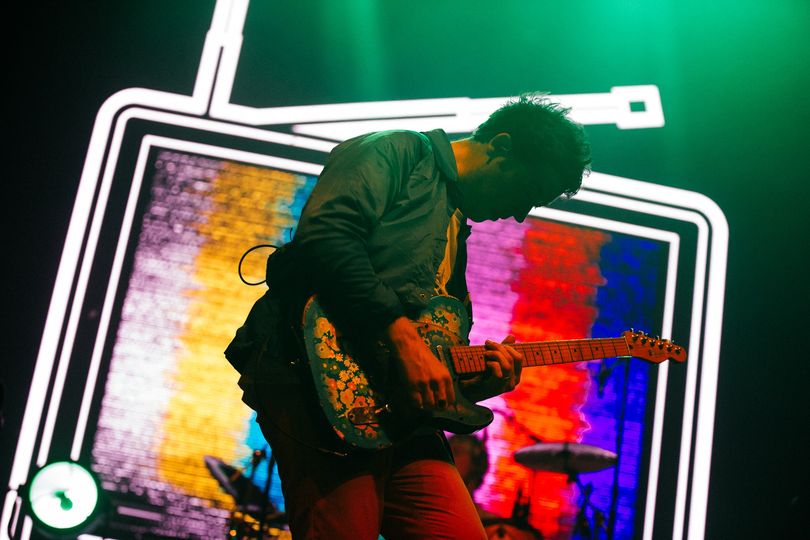 In their new single, created entirely via Zoom sessions, The Wombats probe deep into all our post-COVID anxieties with a song about someone clinging desperately to a relationship that’s likely already dead. “If You Ever Leave I’m Coming with You” is the second single from the Wombats’ upcoming sixth album, Fix Yourself, Not The World, that’s planned for release in January 2022.

Underneath the fast-paced guitars and electropop rhythm, “If You Ever Leave I’m Coming with You” paints an earnest and slightly pathetic picture of someone struggling to let go of their partner despite clear issues. In the second verse, Wombats frontman Matthew “Murph” Murphy promises they’ll be “no more breaking stuff, no more acting up” as long as they can stay together. He’ll do anything to make it work, even “stop listening to Radiohead!”

The COVID-19 pandemic drove people to seek out a need for familiarity and companionship in a world of chaos and isolation. As people shacked up in quarantine and formed COVID friendship pods, these few relationships became a precious lifeline to staying connected with the outside world. But now with lockdown restrictions lifting, many are stepping out into the sun and seeing all the incompatibilities and communication issues they were previously ignoring. The Wombats force us to ask, is it worth staying in an unhappy relationship because you “don’t wanna be talking to [yourself] in a supermarket?”

Unlike Ariana Grande and Justin Bieber’s 2020 quarantine anthem “Stuck with U ,” which celebrated the sweet joys of pandemic bonding and canceling plans to stay in bed forever, the Wombats paint a messier picture. The single describes devotion as someone “Stuck to the gum that’s stuck on your shoe.” It’s an image that sounds cute at first but in reality stepping in someone’s old gum is just messy, annoying, and unwanted.

If there’s one thing we can count on sticking around though is the Wombats’ surprisingly clever lyrics and catchy indie rock hooks. Fix Yourself, Not the World will be released on January 7th, 2022, with pre-orders available now.