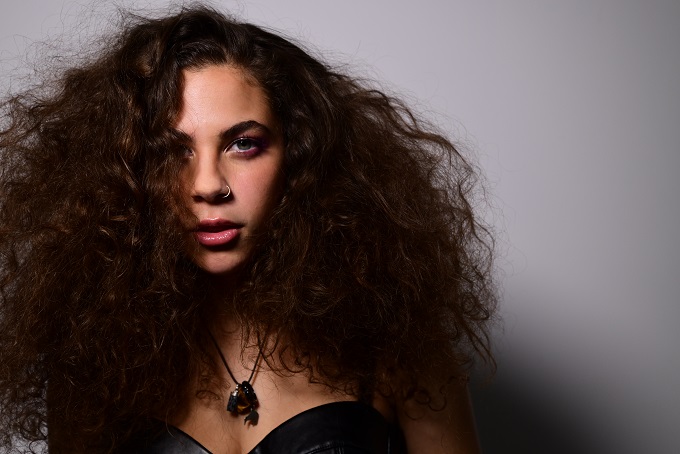 If you need to update your playlists, Julia Bhatt is the artist you were looking for! The Miami-based indie musician released her new single “Hair Salon Vibes” last Friday. The upbeat track will definitely raise your spirits, and you will be listening non-stop. Julia’s debut EP, 2 steps back, came out last year and it featured four tracks, “Marco,” “I’m Cool,” “Miami,” and “Vampires Suck.” Since the EP’s release, Julia has released two singles, “1:30” and “Hair Salon Vibes.” Bhatt’s presence on social media has led her to build a big fanbase of people who love her original songs as much as her covers. Her connection to her audience feels authentic, and she’s ready to take the world by storm.

Although Julia’s catalog is still small, its diversity showcases the musician’s abilities for songwriting and her experimentation with sounds. Growing up in Miami exposed the star to a variety of cultures and people, which has been a great asset to her craft. Bhatt draws inspiration from everywhere she can. As a result, “Hair Salon Vibes” is very different from all of Bhatt’s previous work. The song also offers a taste of what’s to come for the singer, who’s working on her debut album. The nu-disco track is meant to be fun, but it also offers a deep message through its lyrics.

We had the chance to talk with Julia about the track as well as her upcoming live shows and debut album. You can read our interview below, and don’t forget to stream and add “Hair Salon Vibes” to all your playlists and also share it with your friends.

How did you end up choosing the name “Hair Salon Vibes”?

When I first started messing around, I came up with a beat that I immediately described as having hair salon vibes. That just stuck.

“Hair Salon Vibes” has a very different sound from what you’re used to doing, and I know you’ve been experimenting on your own to create new sounds. Do you think you would’ve taken this new path even without the pandemic happening?

I think eventually, yes, but being alone and having to work with unfamiliar recording software definitely forced my hand a little. I didn’t have anyone to describe what I wanted to and have them transcribe it into the program, if that makes sense.

I like how the lyrics “you know that you’re ready to go somewhere better and leave all your troubles behind” can refer to both physical and mental changes. Like literally going to a different place to start a new life but also changing our mindsets to become better people. Did you write this part with that ambiguity in mind?

I think the whole song has a lot of ambiguity to it, and that’s one of my favorite parts of the song. I’ve been told a lot about my lyrics, but I wanted to make a song that was simple, with lyrics that meant something, but we’re still almost barely there. I think the whole song is kind of a dialectic between being incredibly heavy and straight to the point while also being fun, short, and sweet.

How and when did you realize that you wanted to become a musician?

There was never a how and when. It’s a dream that I’ve always had, like millions of people. I’m honestly just trying to see if I CAN become a real musician. I’m in the process.

In what ways do the place you live in and the people you know inspire you and your craft?

I live in Miami, which is just a huge mixture of different cultures and people. From a young age, I was introduced to many different ideas and concepts that I was able to get used to. Differences and unfamiliarity became normal, whereas in a lot of places in America, it’s frowned upon. That opened my mind up to the flexibility of genres and music in general.

Your music taste is very diverse. If you could choose only five people or bands to perform with, who would you pick?

The Strokes, Two Door Cinema Club, Anderson .Paak, John Mayer (he’s just a really good musician, and his first album is so so so good, and he looks like a dad having so much fun whenever he performs), and The Kinks, probably.

One of the things people enjoy the most is listening to your covers. What made you start posting those? Do you ever get scared of only being known for your covers?

I love other people’s music. Always have. It’s what inspires my own songs, and it’s what all music is based on. New music is always built on the backbone of older generations. Whenever I listen to a song that I really enjoy, I wish I wrote it, you know? The covers are a way to do that, sort of. It’s also what helped me gain confidence in my voice, so that was nice. I honestly don’t think that the covers are gonna be that big for that long. Instagram is turning into fake TikTok, and my vibe isn’t necessarily THE vibe anymore. I’m just here, singing some songs, and it happened to help me gain somewhat of a fan base that I can then share my songs with.

One fact that surprised me was that you wrote “Vampires Suck” in a few minutes. Do you ever amaze yourself with how quickly you can write a song?

I suppose so. I don’t know if I’ve ever been amazed at myself but I guess it’s pretty cool.

You write both personal and fictional stories for your songs. Which do you think flows more naturally for you? Which do you find more difficult?

My songs just kinda come out. It depends on what’s happening and how I’m feeling. Sometimes I can just draw from what I’m feeling and somewhat vocalize that, but sometimes I just have thoughts, and they go crazy. For example, vampires eating you.

What can we expect from your debut album? Will it sound like “Hair Salon Vibes,” your past work, or a mix of both?

Definitely a mix of both. I’m trying to do as much as I can without making the album a complete train wreck of conflicting sounds.

You’ll play a show very soon in NYC (at Rockwood Music Hall on August 26), and you’ll be opening for Mutlu in November. How have you been preparing for these shows? What should the audience expect?

Good question. I’ve actually been pretty nervous for these shows as my performance anxiety seems to have gotten much much worse over the pandemic. I’m mainly trying not to have a panic attack, but other than that, I’ve been doing live streams and stuff, getting used to singing my songs.

What piece of advice could you give to aspiring musicians?

When people say “you need tough skin in this business,” that’s not only about getting hate and shit. It’s just a hard business. Shit happens all the time, and it’s difficult to deal with. It’s a gigantic industry and you can feel almost too small sometimes. Being tough has many different meanings.