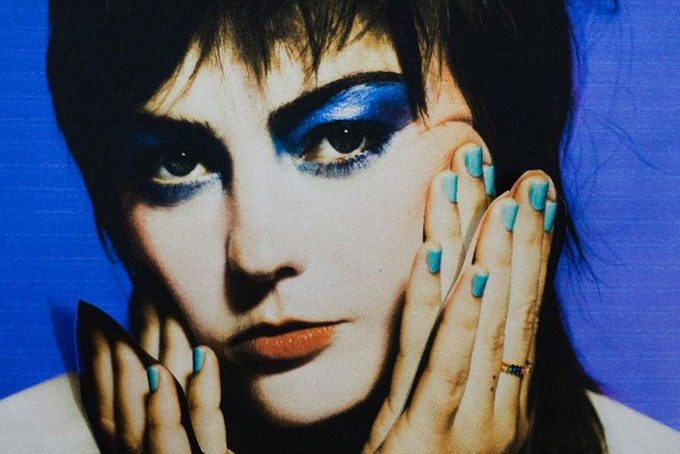 To anyone who knows Angel Olsen for her indie-folk stylings and mid-century retro flair, it may come as a shock that she’s made a cover EP of synth-heavy 80s hits. However, this makes a lot of sense once you get to know her as an artist and delve deeper into her interpretations of these classics, which include “Eyes Without a Face”, “Safety Dance” and “Forever Young” among others.

Angel Olsen is often associated with 50s and 60s nostalgia, given the influences in her hit album My Woman and her penchant for winged eyeliner. Despite this, she has long been into all sorts of eras and styles. When she was still a minor, her first foray into music was through regular attendance of local punk and noise shows. Though this may not show up as a direct influence in her music, it undoubtedly formed her musical identity in subtle ways, namely in that her style of production and songwriting is always shifting and pushing boundaries.

Because she was born in the 80s, she may have chosen them as the setting for this EP because she was compelled to delve back into her roots. She also could have chosen an era she hadn’t delved far into yet as a new arena of experimentation. Either way, it’s unsurprising to see her trying something “new” at this point in her career; she’s made it clear that she will not be stereotyped or boxed in.

It may also seem off-kilter that she would do cover songs if she were trying to innovate, but I think it actually makes a lot of sense since so much of her music is centered around nostalgia and re-inventing the past. No one does retro quite like Olsen; everything she does feels like it comes from a parallel universe… an echo from the past that could have been. With that often comes a sense of yearning, which is a very present theme in Aisles.

A lot of 80s songs have sad undercurrents which move against their dance beats, so Olsen’s slowed down and mellowed out renditions work surprisingly well here. She achieves a shift in mood from most of the original songs by slowing the BPM, changing the key, or both. In fact, “Forever Young” is the only song that she didn’t shift in those ways. She likely did this because it already had the feel she was going for, and, since this song is very heavy with yearning, this could very well be the inspiration for the whole EP.

Aside from the key and BPM changes, there are many other important details here that shift each song and bring a sense of cohesion. For example, the total switch up in the bridge of “Eyes Without a Face” or the lyrical edit in “Safety Dance”. It’s clear that Olsen does everything with intention. So then, what was her intention in embarking on a project without any original songwriting, in which she sings very differently than the signature style her fans are so accustomed to? Were those things just an afterthought in this EP, something that came second to her goal of centering a narrative around yearning and 80s nostalgia? Maybe, but I doubt it.

It seems like Angel Olsen took up this project to be a challenge to her skill-set as well as her image. When an artist begins to gain some traction and recognition, it’s easy for them to keep going in the same direction musically and churn out crowd-pleasing hits because that’s less risky. Olsen is nothing if not bold and innovative. So instead, she pushed herself and sought to make a work that would rely less on her songwriting and signature vocal style. The Aisles EP is genius in that it showcases sides of her musicianship that had not previously taken center stage, like her skills in arrangement and production.

Even though the timbre of Olsen’s voice is distinctive in and of itself, it does have a very specific cadence and style to it much of the time. She largely breaks with that here, and maintains a buzzier, more unassuming sound in much of the Aisles EP. This is probably due to the fact that she spends most of the time in her lower range. It does, however, also lend itself to a certain moodiness that fits the overall themes of yearning and desperation well. Because of this, the EP does have an interesting element of heaviness which is echoed in much of the production, but there are some very interesting reprieves which add much needed contrast.

Throughout Aisles, much of the levity comes from soft background vocals, vocal climax in the bridges or outros, or a stray synthy twinkle. However, the last song on the EP, “Forever Young”, adds a much needed spaciness that ties the whole EP together as well as into the rest of her discography. Additionally, “Forever Young” is arguably the most reminiscent of her previous works (in both production and vocals), as well the most unchanged from its original. There is a magic and resolution in that which is very necessary to make Aisles feel complete and satisfying to the listener. Ultimately then, this finale achieves much of what the EP as a whole achieves; it reminds us that Angel Olsen is an artist with a lot of range and depth, and solidifies her musical identity as melancholic, nostalgic, and eccentric, to say the least.