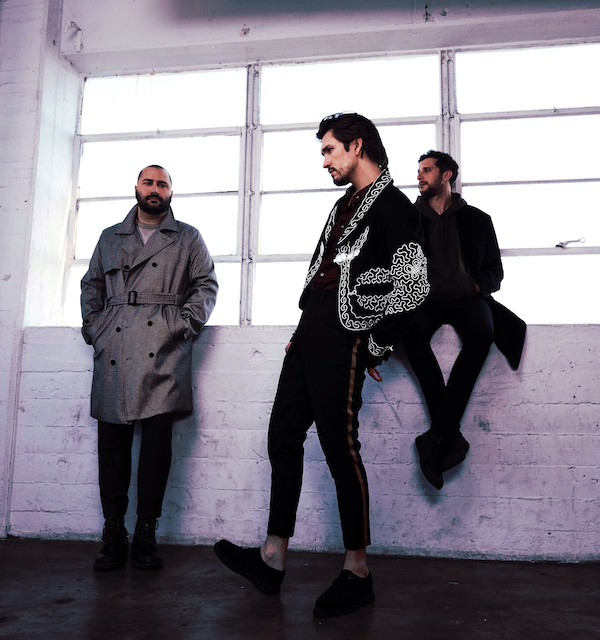 March 10th, 2020 we were playing a show in Warsaw, Poland and many shows that night had already been cancelled. That’s including X Ambassadors who were playing down the street at a slightly bigger venue. As our venue was below 1000 capacity (950 to be precise), our show was allowed to go ahead and it was probably one of the best shows of our lives. Palaye Royale took to the stage after us and played an incredible show. The following morning, all upcoming shows were cancelled one after another and delayed to August. We were frustrated…. to have to wait several months to get back to Europe. Little did we know that it would be an 18 month delay…

Getting back into the US was a nervous time for all of us. We didn’t know what to expect. In the space of 7 days, the world went from eating together in restaurants to sitting at home in fear. We returned from Europe and were told that quarantining for 2 weeks was compulsory. So that’s what we did. On the 15th day, I (Karnig) called Kiliyan and convinced him to meet at the studio… We would be in the same room wearing masks and socially distancing… and that’s what we did. It was liberating and frustrating at the same time.

Pre pandemic (February 2020), our plan was to release a single every month until the end of the year so for us, that strategy and release plan didn’t change. It actually worked in our favor as we were able to spend extra time in the studio finalizing all the little details to the new songs. We were able to do that because of course we weren’t on the road and we were spending much more time in the studio.

The worst thing about the last 18 months is the uncertainty. Not knowing when things will kick back in makes it difficult to do anything. That is very much the case with music but the same for every industry in every country.

What the last 18 month has taught us to be is GRATEFUL that we’re healthy and not struggling. Healthy enough to continue doing what we love and also healthy enough to luckily get back to playing shows. There’s nothing that excites us more. We make music so we can go and perform it live and we can’t wait to do that again. Sooner rather than later.