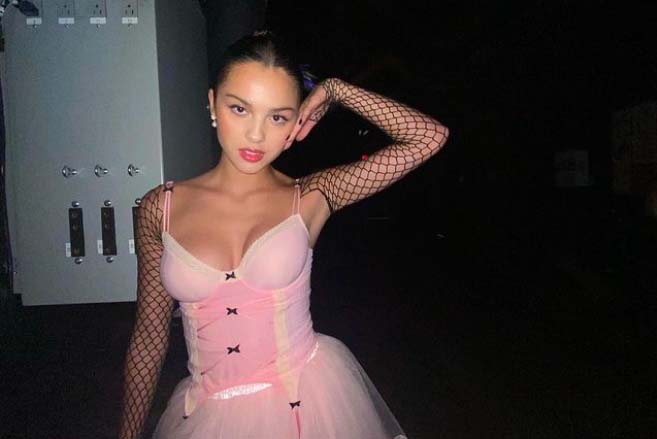 It’s anything but brutal out here because Olivia Rodrigo just released another amazing music video! The video for “Brutal” is the fourth music video to come from Rodrigo’s debut album Sour. The video release came as a surprise after Olivia posted a picture on Instagram a few weeks ago of a skateboard with the word “Brutal” on it. Fans were left speculating when the possible video would be coming and now it’s finally here!

When you press play on this video you immediately time travel back into the early 2000’s. The start of the video is reminiscent of a Y2K video game character selection screen with Olivia dressed up in a variety of looks seen throughout the video. When the pop icon starts off the track “I want it to be, like, messy,” it’s exactly what this video is but in the best way possible. We see her breaking her ankle in a ballet studio, getting exploited by herself as a newscaster, trapped in a boring classroom, hanging out with uninterested boys, and having an IG Live meltdown, it really is brutal out here. Throughout the video Olivia’s face is transformed by cute filters like those you would see on your Snapchat and Instagram stories all tying into the virtual theme of the video.

This video that was directed by Petra Collins is modern and nostalgic all at the same time and does an amazing job of showing how brutal life can be for young girls, especially those in the limelight. The video is chaotic in the best way and showcases a ton of creativity and amazing looks from Rodrigo. You can get ready to select your player and step into the 2000’s with Olivia’s latest music video for “Brutal” down below.