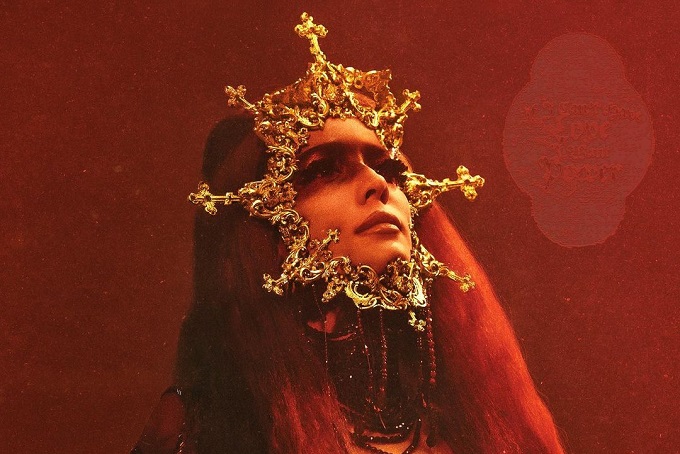 Halsey’s fans have asked the singer to release a dark and heavy album ever since her single “Nightmare” came out in 2019. Even though If I Can’t Have Love, I Want Power is not as heavy as expected, it truly is dark. The Nine Inch Nails influence is very evident, and Halsey’s lyrics bring a powerful statement into every song. Trent Reznor told Halsey that the songs “feel like goosebumps… quite frankly, blown away by the songwriting.” On the other hand, Halsey stated, “I am getting so many things that I never thought I’d have. A family, a baby, an album with collaborators that I’ve desired to work with. Like, am I that lucky?” One of the best songs in the album, “Lilith,” shines for its production. Reznor and Ross’ work on this album is impeccable, and they deserve as much recognition as Halsey.

The overall message of the album, in Halsey’s words, is “mortality and everlasting love and our place/permanence. It was just amplified by me being pregnant. Introduced new themes of control and body horror and autonomy and conceit.” Similar to their previous album, Manic, many songs on If I Can’t Have Love, I Want Power send Halsey into a self-discovery journey, but, contrastingly, we can sense more self-acceptance in the new album.

One of the highlights of If I Can’t Have Love, I Want Power is how visual its lyrics are. Even if you haven’t watched the homonymous IMAX film experience that accompanies the album, Halsey’s words come alive and transport the listeners to an almost otherworldly experience. The musician comes to terms with her feelings and demons through honest and raw lyrics. Some of the lyrics might even feel personal to the listeners as the vast array of messages can apply to many different experiences.

In “Ya’aburnee,” Halsey declares their love for their partner and their baby. The song title comes from an Arabic expression that means “you bury me,” and which people use to indicate that they hope to die before someone else because they wouldn’t be able to live without that person. Throughout their career, Halsey has been very outspoken about her struggles with reproductive health. They stated, “I started writing the album right around the same time I decided to try for a baby. There was actually like a moment I was like ‘am I able to do this?’” From a fan standpoint, seeing Halsey go from writing the heart-wrenching “More,” off Manic, to writing “Ya’aburnee” is a great feeling.

All in all, If I Can’t Have Love, I Want Power is Halsey’s best record. Indeed, all the tracks are flawless, and it will be a difficult album to surpass. However, Halsey always has something surprising up their sleeve. In the meantime, we can enjoy this piece of work to the fullest. As Halsey puts it, “if I’ve learned anything from this experience, it’s sometimes you just have the music and the art speak for itself. Here’s the album, here’s the film, you decide.” If I Can’t Have Love, I Want Power is out everywhere, and you can stream it on Spotify and Apple Music. You can also listen to “The Tradition” below.