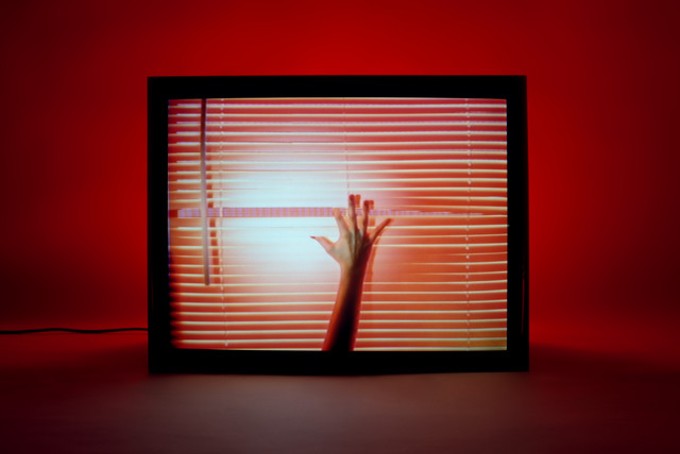 After 2018’s lackluster release, Love is Dead, which found Chvrches failing to improve on what they’d been building upon, sound-wise, since their 2013 DIY synth-pop debut, The Bones of What You Believe, the Scottish trio is back with a vengeance dropping their most mature and cohesive record to date: Screen Violence. An album that dismisses the outside production that was felt on Love is Dead, Chvrches returns to their roots as they allow brutally vulnerable lyricism and honesty to take center stage.

The record opens with “Asking For a Friend” which is shrouded in nostalgia. It offers a chilling first line, “I don’t wanna say I’m afraid to die” overtop cyclic beats and shimmering synths that marries the upbeat with the downtrodden, portraying what Chvrches does best— to entertain but with a darker undertone that runs throughout. The track, although more melancholy, does give off blips of hope that have the listener feeling empowered by its end. This seeps into the scorching “He Said She Said” which has lead singer, Lauren Mayberry, facing our patriarchal society and the double standards that emit from it. The song builds as a furious anthem towards misogyny as lyrics quip with, “He said you need to be fed, but keep an eye on your waistline. Look good, but don’t be obsessed” that has one still feeling the heat long after it’s over.

Elsewhere on Screen Violence, Chvrches explores heartbreak with the dreamy soundscape of “California,” Mayberry’s fragile voice slicing the song wide open. Then there are drum-heavy tunes such as “Violent Delights” that rally around a feeling of freedom as the swelling synths only amplify its powerhouse chorus, making it an instant highlight of the record.

Yet, the two standouts of the album fall on the shoulders of “Nightmares” and “Final Girl.” They both provide something cinematically brilliant to Screen Violence that the other tracks can’t quite reach— really leaning on the record’s adoration of horror. On “Nightmares,” the listener is met with a static-drenched foundation with an X-Files-esque sampling to give off the feel of a horror film soundtrack. This epic song creeps through its runtime, as Mayberry strains lyrics such as “Now, I’m living in a nightmare again, and it won’t end” which hinges on the paranoia and dread of isolation.

“Final Girl” follows the same eerie trend. Sticking true to the horror trope it’s named after, Martin Doherty and Ian Cook’s musicality really comes to the forefront with a dominant bassline and spine-chilling guitars that has the listener holding their breath. Throughout the track’s riveting post-punk sound and chunky pop, Chvrches shadow as a band begins to appear clearer and clearer. Not just a song that pays homage to the record’s theme of terror, with lyrics such as “In the final cut, in the final scene… There’s a final girl. Does she look like me?,” it demonstrates how Chvrches feel as they release their fourth studio album. In many ways, they are what the ‘final girl’ trope is: The courageous and avenging hero that’s combatted every terror thrown at her, still standing strong until the film’s end.

Screen Violence is a game-changer for Chvrches. It is a portal to something more intriguing that resides in the underbelly of the group, even if the sound isn’t exactly new. Throughout their stumbles and exploration, the synth-pop trio has always felt authentic in direction. Screen Violence is just a more evolved version, and it causes one to not only look upon their fears but to tackle them where they have no bearing over you. At its core, this album pulls on the idea of strength in adversity, and it is Chvrches most intriguing release to date.