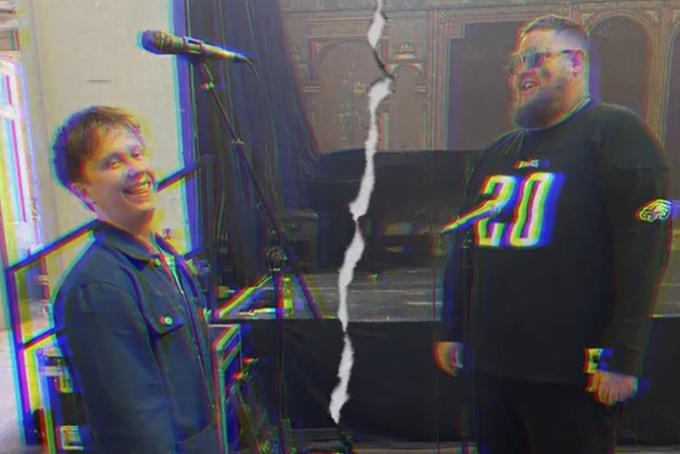 On Tuesday, Rag’n’Bone Man released a remix of his single “Alone,” in which Nothing But Thieves took part. Rag’n’Bone Man talked about the collaboration by saying “I remember seeing Nothing But Thieves at some festivals previously and thinking how amazing they were. I love their sound. I think they’ve done a really interesting version of this song and it’s a real honor to have them on the track.”

On the other hand, Nothing But Thieves shared that “when Rory [Rag’n’Bone Man’s real name] approached us to rework his track ‘Alone’ with him, we immediately loved the idea. A remix but better. We met years ago at a festival in the middle of a farm, so it was a great full-circle moment.”

The band’s startling rework of “Alone” is truly better than the original. Conor Mason’s amazing vocals shine as always, and his voice blends really well with Rag’n’Bone Man’s. Both singers transmit the powerful emotion that the song intends.

Rag’n’Bone Man took inspiration to write “Alone” from one of his friends. Her family judged her because she wasn’t married and didn’t have children. The singer stated, “I really feel for women because men don’t get that kind of pressure from their families.”

Many people, especially relatives, tend to force their opinions onto women so that they fit the “perfect wife and mother” mold, and they forget that these women get to decide how to live their own lives. With the lyrics “your sisters and your brothers all have significant others of their own / must be a thousand times she told ya that your body’s getting older,” the musician captures the unwelcome comments about partners and reproduction that women receive several times throughout their lives.

Rag’n’Bone Man’s latest album, Life by Misadventure is out now. It includes the original version of “Alone,” and you can stream it on Spotify and Apple Music. Also, you can listen to and watch the lyric video for Nothing But Thieves’ remix of “Alone” below.