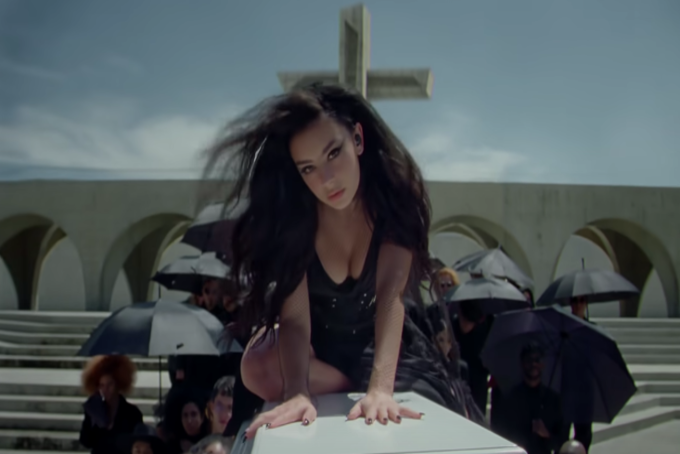 Tips for new artists: be attractive, learn how to dance, write hits… oh and don’t forget to be a remarkably savvy artistic mastermind. You know, the basics–at least if you’re Charli XCX.

Charli has grown a devoted cult following over the last decade or so, leveraging collabs with artists like Iggy Azalea and Rita Ora to hit the charts and garner enough industry backing to do what she really wants–create pop music which is both ground-breaking and crowd-pleasing. Recently, however, Charli’s status has shifted. She has become more of a household name since releasing her critically acclaimed LP how i’m feeling now and going viral on TikTok.

Alongside memes about XCX World, an album that was never released because it was leaked, fans have been buzzing about XCX5 since she released how i’m feeling now in 2020. Much of that buzz was related to rumors about wanting out of the contract with her label to be independent, which has become the basis for a lot of the promo for her new single, “Good Ones.”

In this anti-industry vein, she made a sarcastic TikTok answering “questions [she] get[s] all the time as a pop star,” putting on an apathetic affectation and telling people to sign whatever a label asks them to. She also made a series of Instagram grid posts which feature satanic imagery and the caption “tips for new artists,” followed by obviously ironic yet ominous “tips,” like “sell your soul for money and fame.”

Most people, upon hearing the infectious dance beats and ear-worm melody of Charli’s new single “Good Ones,” will probably assume that she is just doing what every other successful pop star is doing: writing hits to garner fame, make money, and secure their standing in the industry. However, longtime fans would not be so easily convinced of this, knowing how innovative she can be. Especially given the aforementioned promo materials, it seems clear that this is more power play than appeasement.

This far into her career, Charli exudes confidence in her artistic role and identity. An artist like her is probably sick of worrying about the constraints of analytics and music charts; she just wants to live a quiet life as the queen of the underground avant-pop deconstructed club bubblegum bass glitch-core PC music scene, is that too much to ask for?

In all seriousness, she’s smart enough to know that if she does enough ads and milks her label for all it’s worth, she really can just crawl under a rock after this and do whatever she wants. She will forever be hailed as a pop icon in the eyes of her die hard fans regardless, and she’ll probably make enough money on songwriting credits that she will have a steady income for the rest of her life. Still, she would never write formulaic garbage just to pander to the masses like most other pop stars do, not even to break her contract.

That’s what makes Charli so magical; she is able to strike the perfect balance between her current fan’s tastes and mainstream pop listeners whenever she wants. “Good Ones” showcases this side of her genius. She knows her fans so well; she KNOWS what we want. She knows pop songwriting better than most mainstream pop artists; she knows how to bend the rules. It’s her deep understanding of these boundaries, these arenas, these principles, that allows her to rule them all. That is why commercial pop, goth, and PC Music lovers alike will gorge ourselves on this release feast.

Aside from anti-industry themes, what else can we learn from “Good Ones”? Well firstly, I think it’s safe to say she’s been infected with whatever pandemic apocalypse poison other pop stars have been hit with (though somehow it seems to work opposite on artists who were already dark and moody, see: “Lorde”). This song sees a return to the harsher, more unapologetic side of Charli’s self-criticism, with her lyrics more on theme with 2018’s “No Angel” than how i’m feeling now‘s “enemy.” 2020 may have been the beginning of a darker, more serious Charli, but this new era seems to be taking that in a whole new direction. So, in some really interesting ways, she’s going back to her roots while going in a new and unexpected direction.

Because Charli is fiercely dedicated to being a trailblazer, she had to switch things up following the reaction to how I’m feeling now. She may seem like a musical contrarian after all I’ve said, but I think she’s just competing with herself. She is largely responsible for bringing hyper pop into the limelight, so now she’s killing it by doing something completely different.

In the words of the queen herself, “rip hyperpop?”